One of the first obstacles to understanding Devarim is thinking of it as a book. Devarim literally means “[spoken] words.” Even if we might otherwise have missed the centrality of this notion, the book’s ‘orality‘ is brought to our attention right from the start: “These are the words that Moshe spoke.” The text clues us in to the fact that, as opposed to the other four books, Devarim, to its very core, is an oral work.

In light of the book’s strong oral dimension, it would be no surprise to find other ways in which it is tied to orality. Most understand its rabbinic name, Mishneh Torah, as referring to the fact that it contains laws that previously appear in the first four books. But this is not the only way that the term can be understood. According to some commentaries, it doesn’t refer to the duplication of previously recounted sections of the Torah but rather to a (section of the) Torah that requires our repetition of it and its constant review.


Whether this is a correct understanding of the term or not, everyone agrees that it is specifically in the book of Devarim that we find many passages that were constantly recited by the Jews throughout the ages. Hence the only question is not whether the book had to be recited but rather how much of it encompassed this requirement. This approach differentiates Devarim quite explicitly from the other books, as the recitation and re-recitation of it defines its very essence. The orality of Devarim means that it comes with its own rules. When a writer repeats himself it generally goes against the conventions of writing. But in an oral presentation the opposite holds true, as the repetition itself is a convention.

In our own lives we are aware that people purposefully repeat themselves in everyday speech.

Whether it is a parent repeating important instructions to a child or a politician turning back to a catch phrase, it is even often tellingly prefaced by the words, “I repeat.” When the parent or politician repeats him- or herself, the words are not meant to convey new information, as they’ve already been heard by the listeners. Rather, the speaker is using the words this time to convey emphasis, as if to say, “The following is so important that it bears repeating.”

I suggest that the Torah is doing exactly the same here. Although it could have written “this is important” (as does Maharal, for example, in his writings)or “note this” (as does Rav Chaim Vital), it would have been less colloquial and, therefore, less like the “language of men.” The Torah explicitly strives to be colloquial, even as it tries to echo the highly refined message of God. And this is all the more true in its most oral of books.

{This Dvar Torah is an excerpt from “Chapter 2: Mishneh Torah: the Repeated Torah,” in the upcoming book Redeeming Relevance on the Book of Devarim, by Rabbi Francis Nataf. Excerpt prepared by Harry Glazer of Highland Park, N.J.}

He Trekked Israel ALONE and Found …Himself. Meet This Unusual Man! – The Tamar Yonah Show [audio] 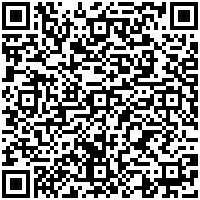