Many rationales have been used to explain enigmatic process of the sotah (Numbers 5:11-31). I would like to show how the sotah laws (which, due to rampant immorality, were suspended soon after the destruction of the Second Temple by Rabbi Yochanan Ben Zakkai) can explain a comment made by Rabbi Eliezer in Sotah 3:4, “Whoever teaches his daughter Torah teaches her tiflut [sometimes translated as obscenity].”

Although Rabbi Eliezer’s dictum is often quoted as a primary source for excluding women from Torah study, an analysis of the talmudic context of Rabbi Eliezer’s comment could yield a different conclusion.


A sotah, a woman suspected by her husband of infidelity, was forced to drink bitter waters. If she was guilty, these waters had a devastating physical effect upon her. If she was innocent, the waters had no effect. In fact, if the sotah‘s husband had himself acted immorally, the bitter waters were inoperative.

Concerning the laws of sotah the Mishnah states: “If she [the accused women] has merit, that merit [causes the water] to suspend its effect upon her. Some merit suspends the effect for one year, another for two years, and another for three years. Hence, declared Ben Azzai, a man is under the obligation to teach his daughter Torah, so that if she has to drink [the waters of bitterness], she may know that the merit of her learning suspends its effect. Then Rabbi Eliezer says: Whoever teaches his daughter Torah teaches her tiflut.”

The first three chapters of Tractate Sotah describe how the rabbis use every legal means at their disposal to make it unnecessary for an accused woman to drink the bitter waters, for it is preferable that women not drink the sotah waters due to the fact that they may actually be irrelevant to deciding the case of accused adultery.

Ben Azzai feels that this ability to use Torah to ward off the devastation of the bitter waters is advantageous. Therefore he declares that every father should teach his daughter Torah. With that merit, the waters, if ever tasted, would be rendered null and void.

Rabbi Eliezer responds by saying that Torah should not be used for such a purpose. First, it would give women carte blanche to commit immoral acts, knowing that their Torah learning would make them immune to the effects of the bitter waters. Second, Rabbi Eliezer may have been saying that using Torah for this type of personal insurance policy would be an outrage and an abuse of the power of Torah.

From this perspective, Rabbi Eliezer’s statement is not a sweeping restriction of woman’s place in Torah study. The statement rather teaches us the important lesson that while all of us should continue to strive to learn more and reach higher, any Torah learning is valueless unless it is used to enhance our personal morality and foster a closer relationship to God. 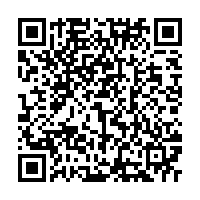