The Kli Yakar observes that this is a tribute to Pinchas’s mesiras nefesh (self-sacrifice) for the honor of Hashem.

Dovid HaMelech writes (Tehillim 44:23), “Because for Your sake we are killed all the time we are considered as sheep for slaughter.”

The connotation is that there is an even more praiseworthy means of sanctifying the Name of Hashem, other than being killed for that ideal. The Machatzis HaShekel in elaborating on one of the Rosh Hashana prayers established by the Men of the Great Assembly (Anshei Knesses HaGedolah) notes that we invoke the merit of Avraham Avinu’s willingness to sacrifice Yitzchak in order to fulfill the will of Hashem, yet our Sages tell us that Yitzchak cautioned his father to make sure that he bound him tightly so that he could not unintentionally move and invalidate the sacrifice. Wouldn’t Yitzchak’s consent – even readiness – to be the sacrifice be even more commendable?

As we know, the Akeidah, which was the tenth in a series of tests from Hashem, was the most difficult one for Avraham Avinu. Although he had already willingly allowed himself to be cast into the fiery furnace of Nimrod, and had it not been for the great mercy of Hashem, Avraham would have been consumed by fire, the Akeidah was even more challenging. The Nezer HaKodesh explains that the pain of being burned is short-lived, existing only until the soul departs the body, but sacrificing his dearly beloved son would bring about a pain that lasted a lifetime. Thus, Yitzchak’s merit as the sacrifice itself is less worthy than Avraham’s merit, for his pain would be very transitory, unlike the suffering of Avraham.

When Pinchas zealously acted to protected the Name of Hashem, it was actually a challenging time and it was untenable to do so in the face of the depravity, immorality, heresy, and sinfulness that was so prevalent then.

That is the essence of Dovid HaMelech’s message. “Because for Your sake we are killed all the time” – the Name of Hashem is indeed sanctified when one is moser nefesh and gives up his life for the honor of Hashem. But it is a momentary act, says the Admur of Vien. There is mesiras nefesh for the honor of Hashem that is continual, transpiring throughout the day, as we destroy the Evil Inclination and defy his machinations. When we gather in the batei medrash to daven and study Torah, and we perform acts of chesed to exalt the Name of Hashem, then “we are considered as sheep for slaughter.” We are righteous and praiseworthy like those who actually gave up their lives al kiddush Hashem – sanctifying the Name of Hashem.

The Ari HaKadosh writes that before a person begins his prayers, he should accept upon himself the mitzvah of loving his fellow man, because in that way he includes himself with all of Klal Yisrael who withstand the daily spiritual challenges and are moser nefesh for the honor of Hashem. In that merit his prayers will be answered.

The Torah tells us (Devarim 13:4), “… for Hashem, your G-d, is testing you to know whether you love Hashem with all your heart and with all your soul.” Our Sages tell us that a person is challenged with nisyonos in order to illuminate the true significance of life. One’s understanding of his existence when his life is routine and unremarkable does not compare to the revelation that is manifest under extraordinary circumstances. When the individual faces nisyonos during his lifetime, he is granted the opportunity to perceive the relevance of the nisyonos and to grasp the true meaning of life.

R’ Shalom Sharabi was born in the city of Sharab, Yemen. His father, R’ Yitzchak, passed away when R’ Shalom was still a young boy, leaving behind a wife and family. As the oldest child, R’ Shalom became the provider for the family and, like his father, he traveled from city to city selling assorted merchandise. On the road, R’ Shalom was totally oblivious to the elements – be it rain, snow, cold or heat – as he was preoccupied with this learning, reviewing the pages of the Talmud from memory. His mother was deeply pained that R’ Shalom, who showed great promise in his Torah studies, had been forced to abandon his yeshiva learning in order to support the family. She would pray every day for his well being, fervently importuning Hashem that her son should be able to stop working and resume his studies.

As he crisscrossed the country, journeying through cities and towns, R’ Shalom one day passed a magnificent palace occupied by one of the Yemenite royal families. As he walked by, a voice called out to him, “Jew, stay where you are.” As he looked about to see who was calling, a maid appeared and informed him that the lady of the house wanted to buy some of his items.

As R’ Shalom followed the maid up a long staircase, he began to feel distinctly uncomfortable. He could sense the powers of impurity enveloping his being, and he shuddered at the thoughts of an impending threat that awaited him. When the woman opened the door, it was evident that her intentions were less than honorable and would sabotage the heart of his Yiddishkeit.

R’ Shalom did not want to remain one more moment in this situation, and was prepared to be moser nefesh at all costs. He ran to the window, which was three stories above the ground, ready to jump. He recited the Vidui and then vowed that if he would be saved he would immediately leave Yemen and travel to Eretz Yisroel.

When R’ Shalom jumped he was prepared for the worst, but miraculously he landed in a soft pasture and sustained no injuries. Having withstood the difficult test, R’ Shalom Sharabi proceeded to fulfill his vow. He made his way to Eretz Yisrael, where he became renowned at the Yeshivas HaMekubalim in Bais Keil as he ascended the rungs of spirituality. 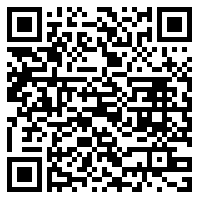