The most important lesson that we learn from the vision of Yaakov, which we discussed last week, is that the prayers and offerings of his descendants are capable of overcoming the laws of nature. Accordingly, we understand that the negativity of the three weeks preceding Tisha B’Av is a challenge to us. We are to use the impetus of these dark and dispiriting days to prepare ourselves and prepare the world for its ultimate and inevitable redemption. To aid us in this effort, Hashem sent us His prophets.

The prophets most associated with the Three Weeks and with Tisha B’Av are Yirmiyahu and Yeshayahu. These two individuals lived during very different historical epochs and were not at all alike in their personalities or in the nature of their prophecy.


Yirmiyahu is the prophet most associated with the suffering and mourning of the destruction of the Jewish Commonwealth and of the Beit HaMikdash. He spent most of his life warning Israel that the destruction was coming and praying to Hashem that he, Yirmiyahu, would be taken first so that he wouldn’t have to experience it. This is an interesting counterpoint to Moshe Rabbeinu who wanted very much to see the fulfillment of his mission but about whom we read every year at this time that he would die without entering the Holy Land.

It is a consolation to Yirmiyahu, although perhaps a small one, that he is also given many of the most explicit and moving visions of the ultimate redemption. Nevertheless, it is difficult for him to escape the trauma of the destruction. In the moving middle chapter of Eicha (read in its own distinct melody), the navi reflects on his personal misfortune. “I am the man,” he says. “I saw it all. It was even more horrible than I imagined.”

But Yirmiyahu never had a choice in the matter. Unlike most prophets, especially the later ones, he didn’t work towards prophecy in an organized framework and hope to be called. That is to say, he did do the preparatory work, but the outcome was never in doubt. Uniquely among the prophets, Hashem tells him, “Before I made you in the womb I knew you; before you came out you had been sanctified” (Yirmiyahu 1:5). And then Hashem gets right down to business, letting him know that trouble is coming. This story doesn’t end well.

Yeshayahu’s message is frequently as full of dark foreboding as Yirmiyahu’s, but for him and for his contemporaries the exile is a more remote and abstract prospect. Interestingly, if Yirmiyahu in his happier moments focuses on the final redemption but is more preoccupied with the destruction of the first Beit HaMikdash, Yeshayahu has a great deal more to say about the long exile following the destruction of the second Beit HaMikdash. His “chazon,” or vision, provides the text for the haftara of the Shabbat that is called by its name, “Shabbat Chazon.” We will talk more about the vision of Yeshayahu next week on Shabbat Chazon. 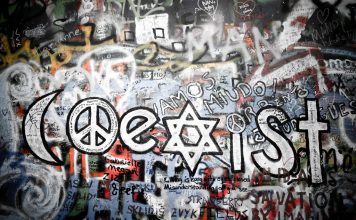