There is a very popular song sung at many a kumsitz over the past few years. The words were written by Rav Avrohom Yitzchok HaKohein Kook, zt”l.


Rav Kook’s message is vital and given over in a dramatic and magnificent way. So much of our potential remains non-accessed. While the widely circulated statement that we only use 10% of our brainpower has been proven to be a myth, the idea that we underachieve and are too complacent with ourselves is certainly true. The notion that we have wings and can fly, but fail to access them is genuinely spot-on.

But why did Rav Kook employ the term ben adam? And, for that matter, why didn’t he use the word Yisrael when talking about the Jewish people?

When I read the first few words of this week’s haftarah, this song played in my ears.

“Atah, ben adam, haged es Beis Yisrael es habyis v’yikalmu mei’avonoseichem u’madidu es tochnis – You, son of man, show the house [of Hashem] to the house of Israel, that they may be ashamed of their iniquities and let them measure accurately [so they can build a house for Hashem]” (Yechezkhel 43:10). Klal Yisrael is told that if they ever want to rebuild the Beis HaMikdash they must be ashamed of their sins and repent.

The only prophet in all of Tanach who is referred to constantly by Hashem Yisbarach as Ben Adam is Yechezkel. Why is this so?

Rashi and Metzudas Dovid (ibid. 2:1) explain that Yechezkel was the only prophet to reveal the details of the Maaseh Merkavah, the Chariot of Hashem; it can be found in the first perek of the sefer. The Maaseh Markavah is considered the basis of almost all of Kabbalah (as mentioned in Gemara Chagiga), and is deeply mystical, mysterious and profoundly holy. It is for this reason, they explain that Hakadosh Baruch Hu regularly called Yechezkel by the term ben adam stressing that despite his being given a peek into Heaven, he remained a mortal human being. Hashem did this so as to keep Yechezkel humble and “in his place.”

The Midrash (Eliyahu Rabbah 6:8) sees a different message in the term ben adam. Adam refers to a fine and righteous person, with good ancestors who allowed themselves to be shamed for the sake of Hashem’s honor and Klal Yisrael’s esteem. Ben adam is thus a reference to brotherhood and friendship between Jews.

The Tuvei Chayim commentary on the Eliyahu Rabbah explains that we don’t use adamim, the plural of adam to refer to people. Rather we use the singular word form. This is to show unity and achdus among the nation. This is fitting for Yechezkel who prophesized during the Babylonian exile. If Klal Yisrael was to survive in galus they had to demonstrate a high level of achdus.

Expanded on why Hashem conferred this unique title on Yechezkel is based on Yevamos 61a which states: “Atem kruyin adam, v’ein akum kruyin adam – You, Klal Yisrael are called adam but non-Jews are not called adam.”

What does this mean? Obviously we are not the only people whom Hashem considers human beings!

The explanation relates to a tragic historical event.

In 1913, a Jewish man named Mendel Beilus was accused of murdering a Christian child in Kiev. Despite the Russian authorities arresting the real perpetrators shortly after the crime was committed (as was discovered later), the Russian Minister of Justice carried out a trial against Beilus on the infamous and hideous false grounds of Jews needing Christian blood to bake matzos – a modern day blood libel. In the end, Beilus was found not guilty due to a lack of evidence, but the Russians never refuted the concept of the blood libel.

During the trial, the prosecution essentially placed the entire Torah on trial, citing supposed sources that denigrate gentiles and their value of life. One of those sources was the aforementioned Chazal: “Atem kruyin adam, v’ein akum kruyin adam.”

The Gemara is referring to certain technical halachos that sometimes apply only to Jews. However, an absolute, out of context, and literal translation would indicate that only Jews are called adam, human beings. (Tosafos, ibid. says that when the Torah uses ha’adam and not merely adam, non-Jews are included, showing clearly that the literal translation is not the intent of the Torah at all.)

Rav Meir Shapiro, hearing what was taking place, sent a letter from Lublin to the Chief Rabbi of Moscow, Rabbi Mazeh, instructing him on how to properly explain the Chazal. This was his explanation.

Kol Yisrael areivim zeh bazeh, all Jews are responsible for each other (Shevuos 39a). This is the difference between Klal Yisrael and other nations. The Jews are considered adam, the singular form of the word man, because Klal Yisrael feels as one. When one Jew is suffering in one part of the world, all Jews, wherever they are should feel his pain. When Mendel Beilus was put on trial, the entire Jewish world stood at his side and hoped for his release. Of course, non-Jews are people, however, they are not called adam, a nation that stands together as a single man.

The Maharal says that the word adam comes from adamah (as indicated in Bereishis 2:7) and this name stresses that man must grow spiritually and produce fruit just as plants and trees grow from the ground. Rav Hirsch (Bereishis 1:25) understands adam as derived from the word hadom, a footstool. Man was intended to be a footstool for Hashem Yisbarach, a resting place for the Divine Presence, the Shechinah. These messages are also appropriate themes for Yechezkel and for the Jewish people remembering their role, even in the exile.

So what did Rav Kook have in mind using the term ben adam? We can’t know for sure, but he may have been thinking of Yechezkel and some of these insights. Rav Kook was probably encouraging us to find our wings and utilize them to fly away from this exile. 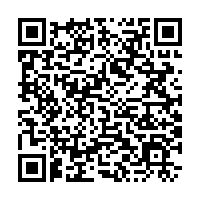