In the chronicles of Jewish history, few men have shown as magnificent a soul as the great Hillel. For in order for a leader to qualify for greatness, he must be more than merely a great scholar — although that is, of course, the most necessary attribute. He must also possess depth of character and the sweetness and gentleness of soul that will enable him to under stand the needs and sufferings of his people. Without this sensitivity, he can never truly be a great leader.

Hillel had all of these attributes. His kindness and compassion, his modesty and humbleness, marked him as a giant — even in a generation of other giants.

One day, Hillel came home and rushed into the kitchen, where his wife was busily preparing the evening meal.

“I am bringing over a very important and prominent person for dinner this evening,” he said, “and I would appreciate it if you could prepare an especially tasty meal in his honor.”

His wife being the prototype of an aishes chayil hurried and diligently prepared a truly delicious meal, fit for the finest table.

Meanwhile, Hillel and his distinguished guest arrived at the house and sat down for the meal.

Just as Hillel’s wife prepared to bring in the food, a knock was heard at the door.

“It is a poor man seeking some food. I am to be married later in the day and there is nothing to eat in my house. Perhaps you can spare me a piece of bread so that my wedding day, at least, can have some joy in it.”

When Hillel’s wife heard these words, her heart grew heavy at the thought of the young couple’s suffering.

Without a word, she went over to the stove and took the magnificent delicacies that had been prepared for the honored guest, who was sitting waiting for dinner, and gave it to the groom. She then began the tedious job of preparing a new meal for the guest.

Meanwhile, in the dining room, Hillel sat with the guest in growing embarrassment and wonder as to the cause of the delay. Finally, his wife came in with the dinner that she had hurriedly prepared and which was not comparable to the wonderful repast she had just given away. After dinner, when the guest had gone, Hillel turned to his wife and asked:

“I was wondering the entire evening what happened that delayed the meal?”

His wife looked at the floor and told him the entire story. When Hillel heard this, his face lit up and he said:

“I never for a moment suspected that the delay was caused by any reason of laziness. I know that all your deeds are done for the sake of heaven, and this one was

the most praise worthy yet.”

The Holiness Of The Body

A teacher, in order to completely fill the lives and minds of his students with knowledge, must not only teach during the formal periods of study. Practice and the doing of a deed are usually the best way to get the message across. The great Hillel would quite often do this for his students.

One day, as the students of Hillel were preparing to leave the beis medrash (house of study), they were surprised to see that their teacher, Hillel, was also leaving for home. Since he usually stayed later than them to continue his study, they were rather surprised and they took the liberty of asking him:

“Our teacher, why are you leaving for your home so early today? Is there, G-d forbid, any thing wrong at home?”

“No, there is nothing wrong, thank G-d. I am merely going home in order to fulfill one of the great mitzvahs that the Almighty had given us,” replied Hillel.

When the students heard this, they eagerly asked:

“Tell us, please, what this great mitzvah is in order that we, too, might partake of it.”

“I am going,” replied Hillel, “to fulfill the great mitzvah of washing my body.”

When the students heard these words, they were amazed. “This is the great mitzvah that our teacher goes to do? We understand that it is proper to wash ourselves,

but why do you call it a great mitzvah? Wherein lies its great importance?”

Hillel listened to his students and replied: “My children, you surely know that in the stadiums and the circuses there are many statues of the Caesars. Is that not so?”

“Yes, it is so,” replied the students.

“And what do they do with these statues every day?” continued Hillel.

“Every morning, they wash and clean them from the soot and dirt that have soiled them the day before.”

“Consider then,” said Hillel. “If people are so careful to cleanse and keep spotless the figures that are the work of mere mortals, how much more so must we be careful about the appearance of our bodies that is the work of the Holy One, Blessed Be He?” 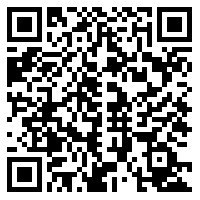