Galicia was able to boast three giants of the chassidic movement who lived during the same period of time. They were Reb Meir of Parmishlon, Reb Tzvi Hirsh of Rimanov, and Rav Naftali of Ropshitz. The latter especially was famous for the sharpness of his mind.

His father, Rav Menachem Mendel, the rabbi of Liska, had married the daughter of the great gaon, Rav Yitzhak Halevi Horowitz, spiritual leader of the great Torah centers of Altona and Hamburg, who was, ironically, one of the staunchest Misnagdim (opponents of Chassidisim). Yet, it was his grandson who was to become one of the leaders of the chassidic movement.


Rav Naftali was born the day that the Baal Shem Tov passed away, on the holiday of Shavuos, in the year 5520. He was not only a chassidic rabbi but also a great Torah scholar blessed with a sharp mind and wit – traits he inherited from his father, Rav Menachem Mendel.

His cleverness was apparent even as a young child. It was the custom in Galicia that the night before a bris milah was set aside as leyl shimurim (a night of safeguarding) and all the little children would come to the home of the newborn child and say the Shema. Following this, they would all be given candy and sweets.

One day, a bris was to be held in a certain house in Liska, and little Naftali and the other youngsters hurried over. They all said the Shema and Naftali, especially, said it with a great fervor and in a loud voice.

Later, the father gave out sweets to the children and wanted to give Naftali a double portion. But the little boy refused, saying:

“My father taught me that a person should never show preference to one boy over the others since this leads to jealousy.”

After a few moments, however, when all the portions were handed out, Naftali came over to the man and asked for a second piece.

“I did not change my mind,” answer the little boy. “Before, when you were giving out the portions, I thought that only one child had been born. I just learned that there were twins, so this calls for a double share for everyone.”

Rav Naftali could not resist a humorous situation, especially when it involved debunking unnecessary mysticism. It happened one Friday afternoon, when he was in the mikvah following the custom of immersing himself in honor of Shabbos.

He had finished immersing and was sitting and cutting his toe nails as another means of preparing his body for the holy day that would soon arrive.

One of the chassidim, seeing the rebbe doing this, came over to him and, in great agitation, asked: “Rebbe, forgive me a thousand times if I disturb you, but I would like your permission to ask you a question.”

“Go ahead,” answered the rav.

Why After The Mikvah?

“I mean no disrespect, G-d forbid, but as the rav knows, it is the universal custom to cut one’s toenails before immersing in the mikvah. May I ask the secret reason behind the rav’s cutting them afterward?” Rav Naftali, wishing to teach the man a great lesson and sensing, at the same time, an opportunity for some good-natured humor, assumed a very solemn stance and answered: “Behind my action lies a very secret and lofty reason that is given over only to worthy individuals.” 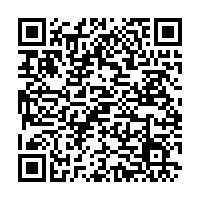