Yishai is joined by MK Danny Danon of the Likud and Rabbi Jeremy Gimpel of the Bayit Yehudi parties. First, Yishai interviews MK Danon and the kick off discussing Danon’s thoughts on the leadership of Prime Minister of Benjamin Netanyahu and how he needs to ensure that a two-state solution does not happen. Danon moves on to give his alternate view of the concept of settlement and also talk about Danon’s harsh criticism of MK Haneen Zoabi for choosing to be a crewmember of an anti-Israeli flotilla. They end by discussing the changing relationship between Israel and the United States.


Following the interview with MK Danon, Yishai presents a recent interview with Knesset hopeful Rabbi Jeremy Gimpel of the Bayit Yehudi (Jewish Home) party. Gimpel discusses how his party is not only considered by many to be the up and coming party within the Knesset, especially among younger voters but also is the youngest party in regards to the age of the members running for office. Yishai and Gimpel end by talking about the need for a true Zionist party in Israel and why Bayit Yehudi is exactly that. 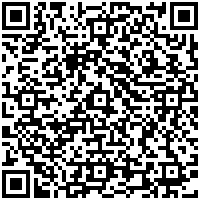