At least one person has been reported killed and 6 injured in the collapse of a light array above stage being assembled at the Mount Herzl military cemetery in Jerusalem for Rememberance Day ceremonies.

Initial reports indicate that the deceased is a 20 year-old female soldier and that at least two of the injured are in moderate condition.


A lighting fixture collapsed on a crew assembling the main stage for the annual day memorializing soldiers who have fallen in defense of the State of Israel.

Magen David Adom paramedics and Jerusalem police are on the scene. 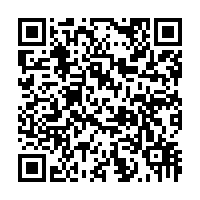