Palestinian Authority chairman Mahmoud Abbas chose his official WAFA news agency Thursday to declare that the United States has not made any formal request to extend the non-negotiations that began last July and are to conclude next month.

For the record  U.S. Secretary of State John Kerry said way back when that the Palestinian Authority and Israel had nine months to come to some kind of an agreement after having failed for nearly 20 years to do anything but come to agreements that ended up as disagreements.


Time is running out and even Kerry admitted at a Congressional hearing Wednesday, “The level of mistrust is as large as any level of mistrust I’ve ever seen, on both sides” of course he added, “I still believe it’s possible, but difficult.”

So much for the non-news from the illustrious Secretary of State. Abbas has been twiddling him around his fat little finger, crying to the media when Israel insists in negotiating instead  of serving up Netanyahu’s head on a silver platter, threatening to run to the United Nations in another attempt to declare the Palestinian Authority a country on paper, and making no concessions except to agree to let his “negotiators” go through the motions of sitting down with their Israeli counterparts, Tzipi Livni and Shlomo Molcho.

One of the Palestinian Authority negotiators has quit and the other has officially quit but is hanging in there, a true diplomatic martyr.

Abbas has been out-staging Kerry every step of the way and now is playing cute. He did not say he won’t extend the talks. He didn’t say he will. He simply stated that the United States has not sent  an embroidered invitation for cocktails after 8.

But if the invitation comes, and it will come soon, Abbas “would examine it and define its position in this regard,” his official news agency reported.

At a joint press conference with visiting British Prime Minister David Cameron, Abbas added, “We have agreed to negotiate for nine months in hope that we bring about a tangible achievement within this period. However, we have not discussed the issue of extending negotiations.”

“Negotiate” in the world of the Palestinian Authority  is not the same “negotiate” that appears in Webster’s. It is a  camouflage for achieving the one and only aim of the peace talks – freeing 104 terrorists, including several who are not so loyal card-carrying Israeli Arab citizens.

Prime Minister Binyamin Netanyahu agreed to begin the talks on condition that there was no formal commitment to freeze new construction homes for Jews in Judea and Samaria, although on paper, most new construction has been stopped until recently.

Abbas agreed on condition that he win Brownie points to keep his popularity from sagging, in the form of the release of terrorists. He also vowed that eventually every one of the several thousand security prisoners and terrorists, beyond the 104 on the wanted list, also will go free. That includes the terrorists who have murdered and tried to murder Jews since the Kerry talks began in July.

The Israeli Cabinet, against public opinion, approved the first batch of terrorists to be released. Netanyahu said the next three batches would be approved if the Palestinian Authority showed it was serious in advancing peace talks. Instead, Abbas has glorified terror, his media, school systems and official documents continue to show all of Israel as “Palestine,” and incitement to violence against Israel has become routine.

In return the Cabinet approved the second batch and then the third batch, each time making awesome facial gestures to demonstrate how painful it was to raise the arm and vote “yes” to freeing terrorists with multiple life sentences in jail for committing some of the most horrid crimes. 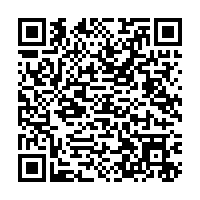