Over the Sabbath, two Israeli security officers were stabbed in two separate attacks, and a gas station was torched.

The first stabbing came early Sabbath morning when an IDF soldiers was stabbed by a Palestinian Authority Arab at the Ofer checkpoint on Highway 443 north of Jerusalem.


Highway 443 is the old Tel Aviv-Jerusalem highway, which runs partly through Samaria.

Nasim Yousef Gomhour, 19, is a resident of Beit Anan, a suburb of the Palestinian Authority capital of Ramallah, in Samaria. Gomhour arrived at the Ofer checkpoint from west of Beit Horon, according to a report by Israel’s Channel 10 news, and asked the soldiers for some water.

When the soldier turned to get him the water, Gomhour pulled a knife and stabbed him. Other soldiers on the scene shot the attacker.

The wounded soldier was rushed by military vehicle to a nearby hospital. According to a subsequent report by the Hebrew-language Ynet website, the stabber told investigators he had decided to stab an Israeli soldier after he had been struck by his father in an argument.

The second stabbing occurred during a routine security check at the Beita junction near the Huwara checkpoint.

A Palestinian Authority Arab pulled out a knife and stabbed a Border Guard Police officer in the back.

The wounded officer was treated at the scene before being taken to the hospital, according to a statement by the Border Police spokesperson. The injured terrorist was critically injured and later died of his wounds.

On Friday night, a gas station located on Highway 60 near the Samaria Jewish community of Eli was set ablaze by unknown arsonists who managed to escape detection. No arrests have been made. 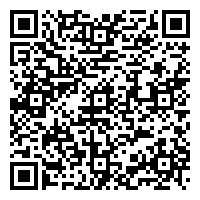