Mahmoud Abbas informed the United Nations General Assembly Wednesday that he has submitted a request to the Security Council for recognizing the Palestinian Authority as an independent country based on its territorial demands with its capital in Jerusalem.

He also conditioned the Palestinian Authority’s abiding by agreements on Israel’s doing the same, which in his view means agreeing to all demands for a new state based on the Arab world’s terms.

However, the fact that the General Assembly was half-empty symbolizes the decreasing interest in the “Israeli-Palestinian” struggle and is a follow-up to President Barack Obama’s speech earlier this week in which he totally ignored the issue.

Abbas did not drop his threatened “bombshell,” perhaps a direct cancellation of all agreements, after a warning from U.S. Secretary of State John Kerry to keep his cool. Instead, he spun the yarn that the Palestinian Authority honors all agreements but that Israel does not..

His favorite point was “illegal settlements.” There is no agreement with the Palestinian Authority that Israel will not retain a Jewish presence in Judea and Samaria, unless negotiations conclude otherwise. But Abbas is relying on U.N. resolutions as “agreements.”

Since he has the support of most of the United Nations and foreign media, he can get away with the semantic trickery.

Abbas referred to Israel as an “occupying power” five times in his 40-minute speech, and he played on theme of the “Holy Land” six times, alleging that the “occupying power” prevents Muslims from worshipping at the Al Aqsa mosque on the Temple Mount.

Prime Minister Binyamin Netanyahu is expected to tell the General Assembly in his speech that the Palestinian Authority is behind vicious incitement on the Temple Mount in an effort to change the status quo and prohibit Jews from the holy site.

Abbas’ speech was filled to the brim with accusations against Israel, which afterwards called the address one of “incitement,” while he acted as the eternal peacemaker.

He rewrote history for a receptive audience and media, stating in part:

We entered those negotiations with open hearts and attentive ears and sincere intentions, and we were ready with our documents, papers and proposals. But the negotiations broke down just weeks after their launch…..

Sincere efforts and endeavors undertaken by international parties were repeatedly wrecked by the positions of the Israeli government, which quickly dashed the hopes raised by the launch of negotiations last September.

Unsurprisingly, Abbas weighed into “settlements.” an issue on which he has the full backing of the Obama administration. He told the United Nations:

Settlement activities embody the core of the policy of colonial military occupation of the land of the Palestinian people and all of the brutality of aggression and racial discrimination against our people that this policy entails.

This policy, which constitutes a breach of international humanitarian law and United Nations resolutions, is the primary cause for the failure of the peace process, the collapse of dozens of opportunities, and the burial of the great hopes that arose from the signing of the Declaration of Principles in 1993 between the Palestine Liberation Organization and Israel to achieve a just peace that would begin a new era for our region.

He repeated what has become an Arab mantra, totally unsubstantiated by facts, that Israel is conducting “excavations that threaten our holy places, and its military checkpoints prevent our citizens from getting access to their mosques and churches.”

Abbas managed to bring Israeli Arabs under his umbrella, warning that the Israeli government is imposing “new conditions…that will transform the raging conflict in our inflamed region into a religious conflict and a threat to the future of a million and a half Christian and Muslim Palestinians, citizens of Israel.”

His speech exposed the Palestinian Authority strategy of using the original peace agreement with Israel as a basis to demand that all its conditions be met under “negotiations,” which in essence have left nothing to be negotiated.

Abbas recalled that in 1988, “We agreed to establish the State of Palestine on only 22% of the territory of historical Palestine – on all the Palestinian Territory occupied by Israel in 1967.” 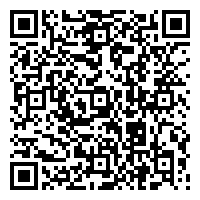