Second Lt. Aharon Karov, less than 24 hours after his own wedding, left his bride and returned to his vase in southern Israel to serve as a commander and led his soldiers into battle at the start of Operation Cast Lead.

He was critically wounded on the night of January 12, 2009, when Karov and his soldiers entered northern Gaza. They followed detailed intelligence information which led them to various houses and structures where terrorists were hiding. When they arrived at one of these houses, a powerful explosive was activated.


Between 300 and 500 metal fragments penetrated his body, and he suffered from a major injury in his head and upper body.

Moments later, a complex rescue mission began to save the wounded officer. IDF medics performed life-saving procedures on the battlefield and in the air as Karov was evacuated by helicopter.

Over the next 12 hours, Karov underwent a set of complex and dangerous surgeries in order to remove part of his skull. His family was told that he was in critical condition and Karov was named the most severely wounded soldier during Operation Cast Lead.

Three weeks later, against all odds, Karov was released from the hospital to begin rehabilitation.

Karov began his recovery with a deep commitment to the treatments prescribed to him by the doctors as well as a bundle of support from his family. The process was long, exhausting, and touched the heart of the entire nation. Thousands of letters of encouragement and blessing strengthened him and aided him during his journey towards recovery.

This officer’s remarkable improvement is considered a miracle. When he regained the ability to speak, Karov’s first words were dedicated to his wife. He called her on the phone and told her, “Tzvia, I love you.”

Roughly two months after the incident in Gaza, Karov’s soldiers finished their training. Karov, who insisted on being a part of the ceremony for his soldiers, stood on his legs for almost 2 hours despite his physical condition. At the end of the ceremony, he pinned his soldiers with a pin declaring them fighters, and was then promoted to the rank of Lieutenant by the Paratroopers’ Brigade Commander.

Step-by-step, word-by-word, Karov inspired the entire nation. His condition improved faster than anyone would have believed and not long after his injury Karov did the impossible and participated in various races and even a marathon. The young couple also grew their family and Karov’s wife gave birth to two children: a girl who was born a year and a half after the incident and a boy a few years later.

Today, Karov shares his story across the country, mostly with young men and women who are about to join the army.

Even though the physical injury was deep and severe, his spirit was strengthened.

Operation Cast Lead restored quite in southern Israel for a couple of years, but the legacy established by Karov and many other soldiers will last for many generations to come. 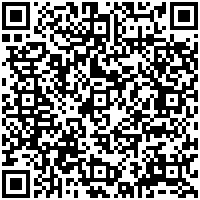