A poll conducted for Fox News by Democratic and Republican research teams just before and on the day of Israeli Prime Minster Benjamin Netanyahu’s speech to the joint session of Congress on March 3, shows that Americans believe the United States is not doing enough to fight back against Islamic extremism, and think that U.S. President Barack Obama has been a weak negotiator with foreign leaders.

The results of the poll shows that despite the political tsunami inside the beltway and in the American and Israeli media regarding Netanyahu’s speech, most Americans believed that it was a good thing that Congressional leaders invited the Israeli prime minister to address Congress. This was true generally, for 56 percent of the public, and it was even true for 44 percent of Democrats, as well as, of course, a whopping 74 percent of Republicans.


This pretty strong showing, despite the hysteria in, for example, the New York Times and its baby echo chamber in Israel, Haaretz, shows that Americans are inclined to believe in the use of power to stop violent aggression, and remain committed to Israel despite what has become a very public spat between President Obama and his administration in its dealings with Netanyahu.

This is borne out both in the results of what Americans believe the U.S. should in dealing with Iran, which is more in concert with Netanyahu’s very publicly and frequently repeated warnings about that nation. For example, 55 percent of all Americans believe it will be a disaster if Iran acquires the ability to develop nuclear weapons, 57 percent believe the U.S. has not been sufficiently aggressive in its efforts to stop Iran from building a nuclear weapons program, and a full 65 percent favor the use of military action if that is the only way to stop Iran from getting nuclear weapons.

Americans told the pollsters that a full 58 percent have a favorable view of Israel, with only 25 percent expressing an unfavorable view. This is a much stronger view than is held of even the “moderate” Palestinian Authority – the ones Israel is constantly told is its peace partner – for which only 11 percent of all Americans expressed a positive view. 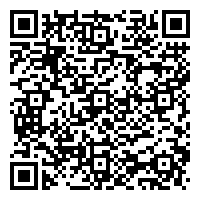