The ninth annual conference on archaeological discoveries in Jerusalem and its environs that was held at the Hebrew University this week revealed the existence of an ancient Muslim inscription testifying to the fact that the original name of the Dome of the Rock, Qubbat al-Sakhrah, was “Beit al Maqdis” بيت المقدس — “Beit Hamikdash” in Hebrew, aka the Jewish Temple — during the early Muslim era, Makor Rishon reported Friday.

According to archaeologists Assaf Avraham and Peretz Reuven, the inscription is dated to the 10th century CE, about a thousand years ago. It is located above a mihrab-prayer niche inside an active mosque in the village of Nuba, located seven miles north-west of Hebron. It is unknown when it was placed there, but it certainly throws a fresh light on the process by which Jerusalem became holy to the Muslims and the inspiration that Islam drew from Jewish sources regarding the holiness of the Temple Mount compound and the Jewish temple that once stood at the spot where today stands the Dome of the Rock shrine.

Participants in the Jerusalem conference were particularly excited by this revelation in light of two recent UNESCO resolutions which disavowed any connection between Jewish history and the Temple Mount. One participant reminded the forum that the Mufti of Jerusalem already admitted that the Dome of the Rock stands on the same spot as Solomon’s Temple, “but here we have an archaeological find that proves it,” he said.

According to both researchers, in the early Muslim era the Dome of the Rock was the site of worship services that were influenced by the ceremonies of the Jerusalem Temple: cleansing, incense, anointing the Foundation Stone with oil and surrounding it with curtains inspired by the divine parochet. The shrine, built around the Foundation Stone, just like the two Jewish Temples, was completed in 691 CE, by an architect named Yazid Ibn Salam, who was either Jewish himself or had Jewish aides.

There is a theory that Umayyad Caliph Abd al-Malik originally had the Dome of the Rock built as a shrine for the Jews, while Al Aqsa, the mosque on the southern end of the Temple Mount, was built for Muslims.

There is a trend where Muslims have recently begun referring to the entire Temple Mount compound, which they also call al-Haram ash-Sharif (“The Noble Compound”), as Al Aqsa. 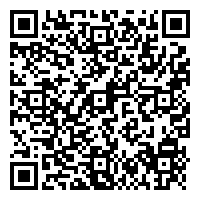