Arab stone-throwing terrorists continued their attempts to kill Israeli motorists on the roads Tuesday, using ancient and primitive methods that are as deadly as any bullet, mortar or missile.

Arabs hurled rocks at cars on the Gush Etzion – Jerusalem segment of Highway 60 heading into Jerusalem. The attack took place between El Khader and the junction leading to the northern entrance to Efrat, south of Jerusalem. No one was injured in that attack.


Terrorists also hurled rocks at a vehicle marked with the United Nations logo as it traveled near the Jewish community of Efrat. No injuries reported.

Motorists were attacked on Route 35 in Judea, near the Jewish community of Adora as well.

Arab terrorists hurled rocks at motorists traveling on Highway 443, the old Tel Aviv-Jerusalem Highway near the village of Al Tira.

Stone-throwing attacks were also reported in the Jordan Valley near the village of J’aftalik. 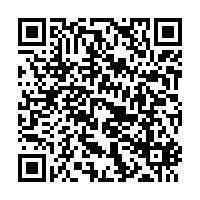