Stephanie Banister, 27, a candidate for Australia’s anti-immigration One Nation party, dropped out of the election race on Saturday, after an interview in which she referred to Islam as a country.

“I don’t oppose Islam as a country, but I do feel that their laws should not be welcome here in Australia,” Banister said in a Wednesday interview to the Seven Network. The interview went viral in short order, endowing Banister with the nickname “Australia’s Sarah Palin.”


She went on to tell the riveted—if somewhat horrified—masses that only two percent of Australians follow the “haram” – referring to the Koran – and then voiced her enthusiastic support for kosher food for Jewish people, because “Jews aren’t under haram. They have their own religion which follows Jesus Christ.”

On Saturday, Banister withdrew her candidacy for the September 7 election, which she was contesting for anti-immigration zealot Pauline Hanson’s One Nation party in Queensland.

Party leader Jim Savage insisted the resignation came not over IQ issues and her a lack of familiarity with current events, but because of Islamic persecution: “Due to the threats against Stephanie’s family, herself, her children, the abuse she’s copped and the enormous pressure she’s been put under, Stephanie has decided she wants to withdraw from the candidacy for the seat of Rankin,” Savage said.

Fear of persecution appears to be a running theme in One nation. In 1997, founder Pauline Hanson recorded a video which was to be screened to One Nation members and supporters in the event of her assassination. 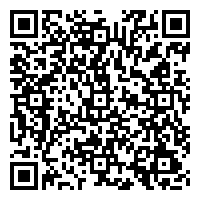