Guor Marial is a sleek runner from the newly-formed country of South Sudan. His country seceded from Sudan in a bloody civil war and is so new it has not yet had time to create a national Olympic committee.


The International Olympic Committee decided to allow Marial to compete as an independent athlete in clothing that does not have any flag or national identification. He will race under the Olympic flag.

Less heartwarming is the decision by the BBC, which won the right to broadcast the Olympic games, to present Israel to the world as a country without a capital.

Jerusalem originally showed up on the official website as the capital of a country, but it was East Jerusalem, and the capital was “Palestine,” not Israel.

Following complaints filed last week by Mark Regev, a spokesperson for Israeli Prime Minister Benjamin Netanyahu, the Olympics site was changed. Now Jerusalem does not appear as the actual capital of any country at all. Israel, shorn of its capital, appears with the cumbersome and questionable listing as having its “seat of government is Jerusalem though most foreign embassies are in Tel Aviv.” And as for “Palestine,” its key fact is that its “intended seat of government is East Jerusalem.” For now, however, it at least has an “administrative capital” which is Ramallah. 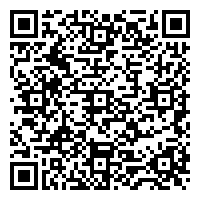