Haredi Jews reportedly pushed and verbally attacked Naftali Bennett, the head of the Jewish Home party, at the Western Wall.

The attack occurred as Bennett began praying in front of the Wall on Jan. 21, the day before Election Day. He was protected by a security detail.


Jerusalem Police reportedly detained a Haredi youth who called on Bennett to take off his kippah. The youth reportedly shouted “You want to draft our children to the army, mothers are crying at night,” and “let me study Torah. Don’t force me to go to the army, you’re inciting sin.”

Bennett, whose party has been rising in the polls, has sent out mixed signals on military service for all Israelis, including Haredim.

Hundreds of supporters had greeted Bennett upon his arrival at the wall.

Rabbi Ovadia Yosef, the spiritual leader of the Haredi Shas Party, on Saturday night had called the Jewish Home party a “home for the gentiles.”

“It’s forbidden to vote for them,” Yosef said in his weekly sermon. “These are religious people? Anyone who votes for them denies the Torah.” 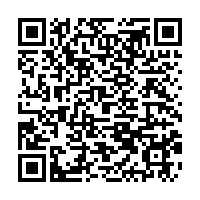