The alertness of Border Guard police in eastern Jerusalem has led on Monday to the arrest of an Arab terrorist, a resident of Judea and Samaria, who confessed his plan to attack security forces.

A Jerusalem Border Guard unit operating in At-Tur, an Arab majority neighborhood on the Mount of Olives, some half a mile east of the Old City, stopped and inspected a bus belonging to the eastern Jerusalem transportation system. They arrested a suspicious looking youth, 19, who turned out not to possess an entry permit to enter Israel. He was arrested and taken for questioning at the Shalem police station.


In his interrogation, the young man revealed that he had arrived that same day in Jerusalem and meant to proceed by bus to the area of Damascus Gate, where he planned to purchase a knife with the cash he carried on his person and stab security personnel at the gate.

The suspect was remanded to jail by the court until Wednesday, Jan. 18, when he will be brought before the judge for another remand while his investigation continues. 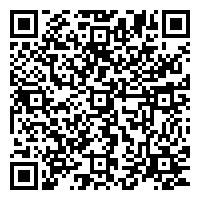