Jerusalem (TPS) – Israel absorbs its share of criticism in Europe, including the UK. But a number of British officials who toured Israel during the week of February 14 told Tazpit Press Service (TPS) that British criticism of Israel often comes from a lack of understanding of the situation on the ground. That makes visits from British government officials more important for Israel than ever, they said.

The visit, preceded by British Prime Minister David Cameron’s levelling of criticism at Israel this past week for housing construction in eastern Jerusalem, provided a different lens for viewing British-Israeli ties.

“Visiting Israel is a learning opportunity, where you’re not simply reading about what’s going on on a piece of paper but seeing what exactly is going on,” Lord Navnit Dholakia, deputy leader of the Liberal Democrats in the House of Lords, told TPS.

“When you have knowledge about what is really going on, it gives you the opportunity to be able to get up in debates in Parliament and speak about what exactly is going on from what you’ve seen with your own eyes,” continued Dholakia.

The Baroness Ramsay of Cartvale, the Lords Chair of Labour Friends of Israel, also emphasized the importance of UK officials seeing Israel for themselves.

“People who visit Israel are able to speak from the point of view of actually having knowledge of the place first-hand,” Ramsay told TPS. “That’s always very impressive when speaking on the floor of the House. The more people can speak from experience of having been to Israel and seeing how things really are, the better it is for Israel.”

The Lord Stuart Polak of Hertsmere, appointed the second director of Conservative Friends of Israel in 1989 and its honorary president in 2015, focused on the value of also speaking to ordinary people on the ground in Israel.

“The key thing about these trips, of which I’ve led many here over the years, is that you can have as many meetings as possible with Israeli officials and the Israeli prime minister,” Lord Polak said. “But to get the feel and understanding of the country walking along the streets and talking to ordinary Israelis, you get a better view and perspective allowing you to see the information on the television and in the newspapers and read between the lines.”

In particular, the British MPs and members of the House of Lords were able to read between the lines when they visited Sderot and other Israeli communities near the Gaza border.

“Over 15,000 missiles have been fired from Gaza at Israeli communities, and to be able to see the missiles themselves was important,” added Dholakia. “Seeing the traumatic impact is something that you cannot take out of a book.”

John Howell, an MP from Prime Minister Cameron’s Conservative Party and vice chairman of Conservative Friends of Israel, shared similar reflections and experiences from his mission trip with eight other MPs.

“It was important that they come out to see for themselves what is happening on the ground and to talk with people,” Howell told TPS.

Like the members of the House of Lords, Howell and the other MPs traveling with him also toured Sderot.

“There’s a lot of negativity in the UK that there are just toy rockets being fired at Israel from Gaza,” noted Howell. “But when we went to Sderot, we were able to see the remains of the rockets for themselves and that they’re not toys but are rockets causing a lot of damage.”

Howell stressed the social and psychological burdens faced by Israelis living near Gaza as a result of the many rockets that have been fired from Gaza.
“The thing that strikes me is the enormous cost there is to the people living in the nearby area, not just in their lives but to their social well-being and fabric,” reflected Howell. “We know that Israel has a very high proportion of spontaneous abortions and of children who are still wetting in their beds. All of these stories are important and give the other side of the argument that is otherwise not heard in the UK.”

Howell and his group were also introduced to unique aspects in Israel’s governance that are so often overlooked or ignored.
“We had the chance to tour the Supreme Court, and I think the overwhelming impression from everyone was how Israel goes out of its way to be a fantastic democracy,” said Howell. “In fact, Israel almost hampers itself in being such a brilliant democracy, and that was very important to see and question for ourselves. That’s the sort of thing we’re trying to get people to see for themselves.”

For Lord Polak, such visits and experiences on the ground allow British officials to return to the UK with a more complete and accurate picture of Israel.
“By visiting the country and seeing the facts on the ground, MPs and members of the House of Lords go back to the UK more informed and knowing a bit more nuance, and that’s the success of these visits,” said Lord Polak. 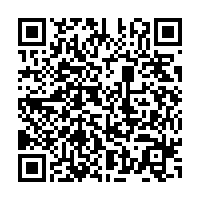