This should go down well with our Christian readers: Coalition Whip MK Yariv Levin (Likud) is initiating a series of bills, as well as political maneuvering, to favor Israeli Christian citizens over Muslims.

Levin, who served in the IDF Military Intelligence as an expert on Arabic language and has authored a much prized Arabic-Hebrew-English dictionary, told Maariv: “My legislation will award separate representation and a separate frame of reference to the Christian public, distinguishing them from Muslim Arabs.”


Accoring to Levin, “this is an important, historic step that could introduce balance to the State of Israel, and connect us [Jews] with the Christians.”

Levin emphasized: “I make sure not to refer to them as Arabs, because they’re not Arabs.”

One of the bills initiated by MK Levin will allow Christian Arabs to register themselves as just “Christians” under “Nationality” in their ID cards, so they can officially distinguish themselves from Arabs. This could do wonders for them in employment opportunities. In addition, Levin’s legislation will create a special, preferential categories of financial benefits for Christians.

Christians will become a separate electoral sector in local municipalities, and receive legal protection in equality in hiring. “The first bill I plan to introduce is for a separate representation for Christians in the Advisory Committee for Equal Employment Opportunity Commission.”

Over the past few years, there has been a shift in young Christian Arabs’ attitude about their own ethnic, political and civic identity. After decades in which Muslims have been pushing Christians out of their traditional neighborhoods, most alarmingly in areas under Palestinian Authority rule, Israeli Christian Arabs, most notably the youth of that community, have been volunteering to serve in the IDF and publicly disavowing their Arab connection.

Last July, a young Christian woman from Nazareth named Rajada Jaraisi, about to enlist in the IDF, made some headlines in Israel with her open letter to Arab MK Hanin Zuabi who represent the staunch, anti-Zionist if not altogether anti-Israel Arab view.

“I am an Arabic speaking Christian, but I am not an Arab,” Jaraisi wrote. “I ask, with all due respect that you not say in the name of the Christians that ‘we are Palestinians.’ Hear me, we are not Palestinians and we don’t care about them. We are Israeli Christians, covered in blue and white in our hearts and souls.”

According to Maariv, one of the reasons MK levin has decided to rev up his legislation effort was Foreign Minister Avigdor Lieberman proposal for a territorial swap, transferring the Israeli Muslim towns of the “Arab triangle” under Palestinian rule, and in exchange making the “block settlements” (or about 75% of Jewish towns and villages in Judea and Samaria) part of Israel proper.

Levin does not support the Lieberman idea; in fact, he opposes it on the grounds that it recognizes a future Palestinian state. But he argues that the response to Lieberman “has exposed the hypocrisy of Muslim Arabs living in israel. On one hand they’re attacking Israel the terrible apartheid state and yearn for a Palestinian state; and on the other they refuse to live in this Palestinian state themselves, delegating only the Arabs of Judea and Samaria to live under PA rule. It’s shameful,” MK Levin argues.

There are some 160,000 Christian Arabs living in Israel. Their level of education has always been higher than that of the Muslims. And the rate of Christian medical students in Israel is three times higher than in the general population. There is also a higher percentage of female Christian college students than in the population at large.

MK Levin wants to help Christian Israelis maintain this quality gap, making their status in Israel more like that of the Druze, who are considered equal in every way to the Jewish population, and are included in the official military draft—unlike the Arabs. 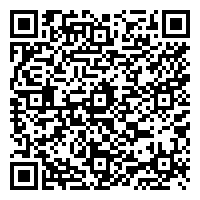