(JNi.media) In advance of the upcoming Sukkot holiday season, Israeli distributors of the four species—Etrog (citrus fruit), Lulav (date palm), Hadas (myrtle) and Arava (willow) are expecting the current shmita (fallow) year will take a significant toll on their sales. This is despite well-known and commonly accepted halachic adjudications that allow for the purchase of Israeli-grown produce on the shmita year.

Despite the religious mandate which requires that farming be curbed during this year, leading religious authorities have approved legalistic measures to allow for the purchase of four species grown in the holy land and in so doing limit the economic damage to local Jewish growers and distributors.

The most popular method, also used for all produce grown during shmitta, the sale of four species is supervised by a rabbinic court which ensures that the sale takes place outside the restrictions of the shmitta year – a process known as Otzar Beit Din (Heb: court’s treasury). The Eretz Chemda Institute in Jerusalem issued a specific ruling detailing the halachot permitting and even encouraging the purchase of Israeli-grown produce in the shmitta year.

According to statistics from Israel’s Ministry of Agriculture, in recent years, some 350,000 sets of the “arba minim” (Heb: four species) sets were shipped internationally. The largest market outside Israel is in the US, with some 290,000 sets sold; an additional 60,000 reach other parts of the world. But this year many consumers choose not to buy Israeli-grown produce, which could result in as a more than fifty-percent drop in the four species market, according to the Ministry’s analysts.

The greatest beneficiary of this decrease in Israeli sales are etrog growers in Morocco, who capitalize substantially on the shmita year with some 2,500 etrog trees planted in recent years in preparation for this year’s sales.

Steve Berger, who lives in Los Angeles and is President of MyIsraelConnection.com, has become a leading distributor of the four species and is encouraging clients not to abandon Israel in this shmita year. “Shmita is a beautiful and ancient ideal which is at the heart of Jewish tradition,” Berger says, adding, “But it is not designed to create a situation where Jewish consumers are hurting the Israeli economy and favoring the coffers of Morrocon farmers. Rather, we need to ensure that people continue to buy from Israeli farmers and distributors.”

Berger’s partner Mickey Katzburg, who supervises the Israeli distribution of the four species, warns that the damage to the Israeli four species market will extend far past this year if too many consumers turn their backs on Israel. “If too much of the sales of etrogs go to Morocco, the farmers there will be able to develop a farming infrastructure at a faster and more competitive rate than their Israeli competitors and slowly take bigger and bigger pieces of the market in the coming years,” Katzburg warns.

It should be noted that the major issue in relation to shmitta comes from the growth of the etrog. The lulav (palm frond) can be harvested from Israeli trees even during shmitta and a sizable portion of the lulav market has already been irreversibly lost to palm growers in northern Egypt who boycotted Israel, and transferred to Israeli farmers. Many halachic authorities also accept harvesting the myrtle branches during shmita, while the willows for foreign customers are almost always produced in their own markets because they are too delicate to survive long distance shipping.

“Our objective is to remind our customers that they have the ability to limit the economic damage that this holiday season could present to the Israeli growers for whom the sale of etrogim is their very livelihood,” Berger says. “This can be fully accomplished within the spirit of the shmita year and there is no disputing that there will be a reduction in the crop this year in recognition of this ancient and blessed law. But when halacha gives us the option to support our Israeli farmers and the nation’s economy, we need to be sure that we do everything in our power to do so.” 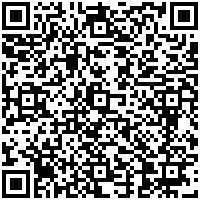