Heavy rain and flash floods began over the weekend in the southern part of Israel, prompting a number of closures and restrictions by police, bus companies and transportation authorities.

The weather led to closures at the airport in Eilat, Israel’s southernmost city, and in Sde Dov, south of Tel Aviv.

The Egged Bus Company announced that a number of bus lines from Eilat heading north were shut down due to the flooding.

Highway 90, leading to Eilat, stretching from north to south, was also shut down from the community of Tzukim in the Arava, to Paran in the south, due to flooding.

In addition, Highway 40 heading towards Mitzpe Ramon was closed due to flooding as well.

Due to the weather forecast and the high risk of floods in the Dead Sea region, the Israel Nature and Parks Authority closed the Ein Gedi Nature Reserve to travelers as well. Flash floods can be deadly.

This past April, 10 Israeli high school seniors died in a raging flash flood that caught them by surprise during a hike along a riverbed in the south near the Dead Sea.

The forecast calls for sunny weather with seasonal temperatures in Eilat and the Arava on Sunday and partly cloudy skies with slightly cool weather at the Dead Sea. No rain in the forecast for either place. 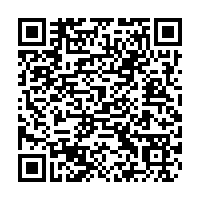