Gaza terrorists have once again attacked their own people with rocket fire that has gone astray.

A Fajr rocket misfired upon launch at the Al-Shifa hospital at instead exploded, killing and injuring numerous civilians in Gaza, including children shortly after 5 pm Monday. Al-Shifa Hospital is the largest medical complex and central hospital of Gaza.


Sources reported that a long-range Iranian-made Fajr missile was responsible for the wide-scale fatalities and wounded at the hospital, including children. Each Fajr missile carries up to 100 kg of explosives in its warhead.

The Al-Shati “refugee camp” was also hit by rocket fire, according to a report by the IDF Spokesperson’s Unit. In both cases, Gaza civilians were harmed by rockets launched by Gaza terrorists allied with Hamas who intended their attacks to reach Israeli territory.

It is not clear which terror organization fired which rocket — some reports claimed the Palestinian Islamic Jihad group fired the Fajr, others claimed it was Hamas.

Gaza police and a Palestinian health official told international media, however, that Israeli air strikes had attacked the hospital compound, however, as well as a nearby park, causing casualties in both cases.

Since the start of Operation Protective Edge, approximately 2,250 rockets and missiles have been fired at Israel by Gaza terrorists. More than 100 of those have exploded within Gaza. 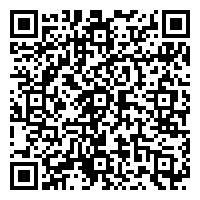