Update: Of the four dead and nine wounded in the shelling attack on the Eshkol Regional Council district, one were actually residents of Eshkol, according to the IDF. Israelis are now being warned to stay away from the Gaza border, including volunteers who have been streaming to the area to distribute food and snacks to IDF soldiers.

6:29pm Nine wounded arrive at Be’er Sheva’s Soroka Medical Center. Most are in serious to critical condition. There are also deaths reported in the Hamas rocket attack on the Eshkol region.

6:15pm Channel 2 confirms there are numerous casualties in the Eshkol region rocket attack about 30 minutes ago.

6:10pm Eshkol Region Municipal Leader: Civilian Non Residents should NOT visit the Eshkol region to give out food and supplies to IDF — you are endangering your lives. 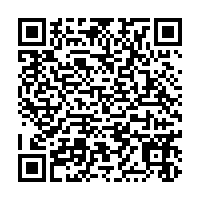