Hamas activists in Judea and Samaria claimed in conversations with the local media that Israeli security forces are putting pressure on them, through arrests, investigations, and threats, so that Hamas will not run in the elections for the Palestinian Authority on May 22.

One of the senior Hamas figures who claim to have been warned by Israel is Sheikh Naif Rajoub, a resident of Dura near Hebron, and the brother of senior Fatah official Jibril Rajoub. Naif defeated Jibril in the 2006 elections in the Hebron district and was elected to the Palestinian Legislative Council.


Rajoub said in an interview with the Turkish Anadolu Agency that “a military force surrounded my house and an intelligence officer who wanted to talk to me threatened me not to run in the election, and banned me from appearing on the [local Hebron] list of heads of families.”

“However, the officer told me I could vote,” Rajoub claimed.

A Hamas source in Hebron told TPS that “this is a blatant Israeli intervention designed to prevent Hamas from achievements in the elections and meant to ensure the continuation of Mahmoud Abbas’ rule, who has become Israel’s lackey.”

Hamas member in the Gaza Strip, Mahmoud Mardawi, said in this context that “the occupation [Israel] does not want Hamas to become the representative of the Palestinian people and is trying to prevent its people from running by arresting them.”

Mardawi threatened that Hamas would respond to the wave of arrests in the near future on Israeli Election Day at the end of March: “The occupation is trying to intervene in the Palestinian elections through the arrest of our leaders, but the opposition [Hamas] may respond by intervening in the upcoming Israeli elections.”

A similar warning was issued by senior Hamas figures recently, referring to the possibility that Israel would prevent the opening of polling stations in eastern Jerusalem. In this regard, Hamas noted the alarms set off following the launch of two rockets during Prime Minister Benjamin Netanyahu’s appearance at an Ashdod election conference in September 2019.

Senior Hamas official ‘Abd al-Rahman Shadid also said that “the campaign of arrests against the leaders of the movement is intended to disrupt the elections and to determine results before they take place, and this requires a national standing.”

Arab sources told TPS that Israeli involvement in the PA election campaign has been growing recently and culminated in the unusual approval given by Israel to Fatah official Hussein a-Sheikh, one of Abu Mazen’s loyalists, to visit Marwan Barghouti in prison, who is considered a real threat to the continuation of Abu Mazen’s rule due to his insistence on running in the presidential election this coming July. 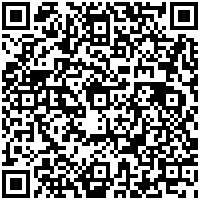