Last month, Yoni Alpert’s Terror Watch reported that Iranian Revolutionary Guards along with Hezbollah’s security apparatus arrested Hussein Fahs, who is considered Hezbollah’s CFO and head of the organization’s operational communications network. Fahs was arrested at Beirut’s Hariri Airport, on his way to an unknown destination. He and four other Hezbollah members were interrogated on suspicion of embezzling the organization’s funds and of collaborating with Israeli Intelligence. At the time it was suspected that they stole at least $5 million in Iranian aid funds.

Now it turns out, according to TW, citing Lebanese sources, that Fahs, a 29-year-old telecommunications engineer, a native of southern Lebanon, was able to flee the country, crossing the border into Israel.

According to official Hezbollah sources, Fahs took with him maps, classified documents and a large sum of money.

According to the report, seven women and one man are charged in absentia with collaborating with Israel, entering Israel illegally and obtaining Israeli citizenship.

The suspects face 15 years of hard labor in prison—but, naturally, they would have to be captured first

The eight are also natives of southern Lebanon.

According to Nahar Net, Lebanese authorities have arrested more than 100 people on suspicion of collaborating with the Israeli spy agency Mossad since April 2009, including high-ranking security and telecommunications officials. 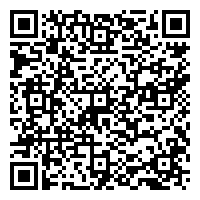