(JNi.media) Israel’s Supreme Court on Sunday accepted a petition from the opposition Yesh Atid party asking that Deputy Health Minister Yaakov Litzman may not continue to serve as de facto Minister so long as he does not officially receive the appointment. The court decided Litzmann must make up his mind within 60 days.

The arrangement, which had been used routinely in the past with ultra-Orthodox politicians, was for Prime Minister Netanyahu to be the official Health Minister, while Litzman, as his deputy, actually ran the ministry. The reason for the unusual arrangement was to shield the ultra-Orthodox politician from responsibility for decisions of the Health ministry which may conflict with Jewish law—such as issues related to homosexual patients.


Deputy Minister Litzman, who is considered by most of his colleagues on both sides of the aisle to be one of the most competent elected officials today, will now be forced to choose assuming responsibility for a variety of medical ethics decisions which may be in direct conflict with halacha (Jewish law), in order to maintain his hold on the ministry.

The aim of the Yesh Atid appeal to the high court was to force Ultra-Orthodox politicians to embrace without reservations their participation in the Zionist endeavor in Israel, possibly creating a rift between the Israeli ultra-Orthodox party and anti-Zionist Ultra-Orthodox Jews both in Israel and abroad.

It is also now more likely that the Netanyahu government could fall over a medical dispute between the ultra-Orthodox and mainstream Israelis, because now Minister Liztman will not be able to recuse himself from dangerously sensitive issues. 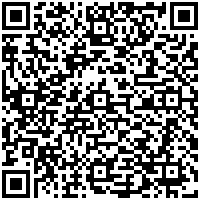