IDF Chief of Staff Gadi Eizenkot has recently ordered the cancellation of the Hannibal Directive, to be replaced by a new directive which is being worked out, Ha’aretz reported on Tuesday, citing a senior IDF source who claims the chief’s decision had been reached independent of a leaked draft of the State Comptroller which recommends taking out the Hannibal option.

According to Israeli media, the Hannibal Directive was conceived in 1986 by a group of top Israeli officers following the capture of two Israeli soldiers during a Hezbollah ambush in South Lebanon in June 1986. Both soldiers presumably died during the attack, and their bodies were returned to Israel in an exchange with Hezbollah in 1996. The directive authorizes stopping abductors by shooting at them, even if it puts captured Israeli soldiers at risk. There is a dispute as to whether the directive includes authorization to kill captured IDF soldiers when it becomes clear that they cannot be rescued. Some reports have claimed that the policy actually promotes the killing of captured soldiers to prevent the need for prisoner exchanges.

On Tuesday Israeli media reported a leak from a draft recommendation by State Comptroller Retired Judge Joseph Shapiro, which had been handed to seniors in the political, military and judiciary echelons as part of the comptroller’s report on the 2014 Gaza War.

The Hannibal Directive was last executed in connection with the kidnapping of Lt. Hadar Goldin of the Givati special force, during the Rafah battle in August 2014, remembered as Black Friday. Once it was known that Goldin had been kidnapped, a widespread chase ensued, which included infantry units as well as a mass shelling of the area, which resulted in the deaths of many civilians.

Eventually it turned out that Goldin had been killed during the kidnapping attempt, and his body is being kept as a bargaining chip by the Hamas. The Military Attorney General at the time, Gen. Danny Efroni, and the new MAG Gen. Sharon Afek have both considered and decided to forego a criminal investigation of the event, because of international criticism over the large number of collateral civilian casualties. 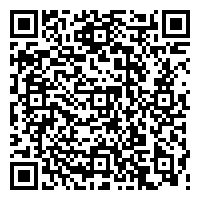