Gaza terrorists launched at least six rocket attacks at Israeli civilian communities overnight, sending families racing for their shelters and safe rooms nearly every hour from midnight to 3:30 am.

Missile fire was aimed at the coastal city of Ashkelon, and Qassam rockets were launched at the nearby Sdnot Negev and Eshkol Regional Council districts. Rockets fell in open fields, where no property damage was reported.

Several other rockets exploded near a packaging factory and a number of vehicles, causing damage, according to local reports. In addition at least one person was treated for trauma; several other residents suffered anxiety attacks as well.

More than 30 terror targets were destroyed within a few minutes’ time, according to local Gaza sources, who said the air strikes “caused many explosions” especially in the southern area of the region.

In addition to the air force, Israeli Navy personnel and tank artillery participated in the attack, the sources said. Local medical workers reported that four people were wounded and one was missing in the town of Khan Yunis, a hotbed of terrorism and one of the sites where air strikes were carried out. 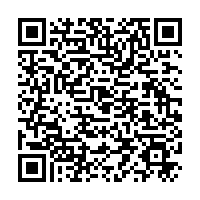