Addressing the Iranian threat, Northern Command Chief Maj. Gen. Yair Golan said, “Iran is here, we fight an indirect war against Iran on a daily basis – against Hamas in the Gaza Strip and Hezbollah in Lebanon. The negative influence of Iran is extremely significant in our region as well as its involvement both here and in Syria.”

Maj. Gen. Golan spoke on Wednesday at the Bar-Ilan University Begin-Sadat Center for Strategic Studies, addressing the current security conditions at Israel’s northern border in the face of terrorist organizations operating against Israel at the various fronts.


“The IDF has the capability to take over in a relatively short period of time the launching sites which threaten Israel’s home front, and defeat Hezbollah terrorists at these sites,” emphasized Maj. Gen. Golan. “In all my years in the IDF, I fought against Hezbollah, I know their fighting techniques and can confidently say they are capable of interrupting but not stopping the IDF.”

“U.S. military officials probably have a poor understanding of themselves and regional issues because Syria is in no way similar to Libya, and (the effects of) creating another Benghazi in Syria would spread to Palestine, and ash rising from the flames would definitely envelop the Zionist regime,” Larijani stated.

“It seems that the United States and the West are seeking to pave the way for a new crisis,” he added.

For his part, Maj. Gen. Golan warned that “al-Qaeda terrorists located in Syria today and operating against the Syrian regime might in time attack Israel.” He estimated that “the Syrian threat against Israel demands our attention,” suggesting a clash with the Syrians “will not happen tomorrow morning, but it might happen in the coming months.”

The Northern Command Chief said that the arsenal of weapons at the Syrian regime’s disposal poses another threat to Israel. “Syria has mass-destruction weapons alongside a large, advanced arsenal that includes surface-to-surface missiles, anti-ship missiles, and nuclear weapons. The fact that Syria is a weapon storage facility that supplies terrorist organizations in the region – bothers us a great deal.”

Israel has been warning for years now that Syria provides Hezbollah with advanced weapons systems. Hezbollah operates training bases in Syria and keeps its own arsenals of weapons there. Recently Syria was reported to have moved Scud missiles to Hezbollah camps in Lebanon, and set up advanced SA missiles on the mountains of Lebanon.

With the Syrian regime nearing collapse, terrorist elements could be in position to acquire Syria’s cache of weapons. 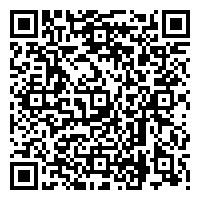