Natural gas field developers Noble Energy and Delek Group (which includes Avner Oil & Gas), may eventually be forced to turn to arbitration in order to move ahead on developing the gargantuan Leviathan natural gas field to finally produce the treasure that lies within.

Snarled Israeli bureaucratic red tape combined with an epic power struggle in the government are responsible for this ever-lasting fiasco which will eventually cost the consumer billions of shekels in energy price cuts wasted at the pump and at home.


Even though the government came to an agreement with the Noble-Delek gas consortium, the deal is now being held up by … wait for it … the antitrust commissioner, still, and by default, the economy minister.

Moreover, there is still some doubt as to whether the government will be able to muster a majority in the Knesset today (Monday Sept. 7) for its proposal to transfer authority from Economy Minister Arye Deri (Shas) to the full cabinet to enact the gas deal with the Noble-Delek consortium in the coming months. If a majority looks unlikely, the issue may again be taken off the agenda as it was in July.

The fact that this is even necessary in the first place is beyond embarrassment to the nation. The question of doubt in finding a majority to pass the vote is worse.

The Knesset is being asked to vote on transferring the authority to use Article 52 of the Antitrust Law – allowing an economy minister to circumvent objections of the antitrust commissioner in the case of national security or foreign policy issues – to the government itself, since Deri, the current economy minister, is being intransigent about doing his job.

If the Knesset does not back the government’s solution to this ridiculous problem, the gas outline will be held to a standstill. No deal. Again.

One would think these firms meant to harm this country, the way some of the legislators are behaving, when the truth is, the discoveries of these gas fields were the greatest gift Noble Energy and Delek Ltd and Avner Oil could ever have given the Jewish State. How else could these companies possibly continue to function and carry out the development of the fields – which costs millions of dollars – if they cannot recover the cost of the operation and also make a profit for their own shareholders?

Not only are protesting Israeli citizens being misled about what is happening, but they are deliberately and cynically being manipulated by those who have other agendas, and whose own power struggles are getting in the way of the good of those citizens and the future of this country.

Meanwhile, the Italian Eni firm is galloping ahead to develop the mammoth Zohr gas field discovered this month off the Mediterranean coast of Egypt, as well as the smaller gas field found in the Nile Delta region.

The quicker Egypt moves and the longer Israel takes, the more likely it is that any possible business deals Noble and Delek might have had, will have disappeared by the time the government finally gets itself sorted out. 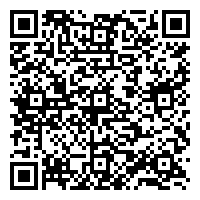