The family of a 28-year-old Ethiopian-Israeli man being held in Gaza by Hamas terrorists held a demonstration with supporters on Sunday at their home in Ashkelon to protest what they insist has been the government’s lack of action in rescuing their loved one.

Abera (Avram) Mengistu, a resident of Ashkelon, simply walked across the border into Gaza at the Zikim beach in September 2014, for unknown reasons. He has been missing ever since. Mengistu is known to have had mental health issues; for this reason, he was excused from military service in earlier years.


Hamas has refuted family statements underlining the fact that Avram is mentally unstable. The terror group instead claims the Israeli civilian was captured as a “prisoner of war.”

About 40 people came to the rally, including Knesset members Oren Hazan (Likud), and Ksenia Svetlova and Yehiel ‘Hilik’ Bar, both of the Zionist Union faction. MK Avraham Neguise (Likud), the only current lawmaker from the Ethiopian community, had been scheduled to attend but cancelled at the last minute.

On Sunday, an Israeli government cabinet meeting was held focusing on this issue and on strategies to pressure Hamas into returning Mengistu and Hisham al-Sayed, a Bedouin civilian with similar mental health issues, who also walked across the border into Gaza and is likewise being held hostage. Also being held captive are the bodies of two IDF officers who fell in battle during Operation Protective Edge in 2014, Oron Shaul and Hadar Goldin.

The protest was held after the regular Sunday government cabinet meeting, which this week focused on various strategies to pressure Hamas into returning the two young officers’ bodies and the two live captives.

In a statement to the Tazpit Press Service (TPS), Ilan Mengistu, Abera’s brother complained about what he said was inadequate coverage of his brother’s plight. “Media coverage of the Cabinet meeting only dealt with getting the bodies [of Oron Shaul and Hadar Goldin] back, while the humanitarian concern of my brother was only mentioned in the sidelines, if at all,” he said.

“My brother, Abera, has been held by the organization Hamas for more than 840 days, far from his country and his family and only on Sunday did the cabinet decided to convene to talk about it. It reveals much about their real intention, as part of their roles and moral responsibility, to return an innocent man home,” Mengistu said.

“We must spread the word with our head held high that Israel has a humanitarian duty to bring back Abera. Hamas prisoners should not be allowed family visits and demanding from the world humanitarian assistance for the Gaza Strip while they are still holding my brother, an innocent citizen who has never borne arms and who is utterly unrelated to the conflict surrounding us,” he said.

The Security Cabinet also met Sunday to discuss possible ways to pressure Hamas into returning all the captives. One of the decisions made in that forum was that the bodies of Hamas operatives killed during terror attacks on Israelis will not be returned to their families. Instead, they’ll be interred in a cemetery for enemy dead. Other decisions made by the security cabinet were not revealed.

Like Mengistu, the Goldin and Shaul families both criticized the decision. The Goldin family, related to former Defense Minister Moshe ‘Boogie’ Ya’alon, said that “they would not reward people who decided to act too little and too late.” The Shaul family said they were tired of talking and were waiting for the prime minister to implement the decision with practical actions that demonstrate leadership.

All three families called on the government to raise restrictions on Hamas inmates in Israeli prisons until Hamas frees their children. They also slammed the normalization of ties with Turkey without having included specific agreements on returning their children to Israel. Turkey is strongly tied to the Hamas government in Gaza.

The decision by the cabinet to bury Hamas bodies — a serious act of hostility on the part of Israel in this region from a cultural perspective — followed the release of a vicious video by Hamas, mocking Israel and the parents of Hadar Goldin, with the music of a lullaby.

Ilana Messika and TPS contributed content to this report. 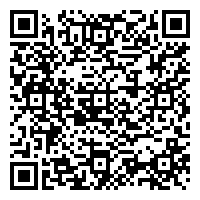