There are more flight cancellations ahead for Israeli national carrier El Al Airlines.

Dozens of flights are expected to be cancelled next week due to a dispute between the airline and its pilots.

The Tel Aviv Labor Court declined on Friday to issue an injunction against the pilots and force them to return to work. However, the court also urged both sides to return to the negotiating table, and to maintain a regular flight schedule while doing so.

“The company hopes this intensive dialogue will lead to agreements between the parties for the benefit of the company’s employees and customers, and call on the pilots’ union to engage with a sincere and genuine desire to achieve these goals,” El Al said in a statement.

The two sides disagree on pilots’ work conditions, with pilots demanding their salaries return to pre-COVID levels in accordance with a 2017 agreement.

There have been near-daily cancellations as a result of the dispute that has already lasted several months. 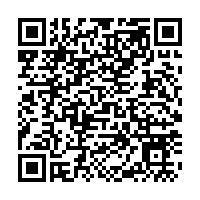