Prime Minister Binyamin Netanyahu will discuss with the Cabinet Sunday on how to deal with the Muslim Brotherhood and Islamic Movement in an effort to restore calm and end the violence that has spread deep into the urban areas of Israel.

(An earlier version of this article incorrectly state that the Prime Minister would meet with radical Islamic leaders.)


Hundreds of policemen have been deployed through the country to prevent violence, Hundreds of Arabs from Kalkilya, adjacent to the Tel Aviv metropolitan city of Kfar Saba, approached the high-speed highway 6 (Kvish 6), where motorists were pelted by rocks this week.

The police closed the road for several minutes before restoring order. Part of Highway 444 near Netanya was closed after Arabs from the city of Taybeh rioted for at least the second time this week.

The repaid escalation of violence beyond eastern Jerusalem, Judea and Samaria has clearly alarmed the country.

Prime Minister Netanyahu announced Saturday night that in addition to his attempt to deal with radicla Islamic violence, 250 reserve Border Police have been mobilized.

He stated: The three companies will reinforce the Israel Police in Jerusalem and throughout the country. An increased presence is a primary preventive and deterrent measure.

Security forces also are increasing surveillance over social media, which is being used as it was in the Arab Spring revolutions to promote violence.

The officer of the Prime Minister also said that the Prime Minister told U.S. Secretary of State John Kerry on Friday that “he expects the Palestinian Authority to stop its wild and mendacious incitement, which is causing the current wave of terrorism.

Kerry said he is aware of the fact that it is Israel’s policy to maintain the status quo and not change it. 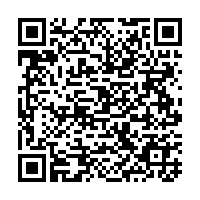