(JNi.media) In late September, 2015, following a critical increase in Arab terrorism, Israel changed the rules of engagement for its security forces. The perceived result has been a decline in injuries and casualties among Israeli police and the military– in part, due to the use of preemptive measures, and a sharp rise in injuries and casualties among Arab rioters and terrorists.

A Red Crescent report published this week suggests as many as 2,617 Arabs were shot with live and rubber-coated steel bullets in the recent clashes. A Crescent spokesperson told Ma’an that when considering Arab rioters who were repelled with tear gas, the total figure for October comes to 8,262.


The report claims 26 Arabs were shot dead during clashes, and another 40 were shot dead after carrying out (attempted or successful) stabbing or shooting attacks against Israeli civilians or security forces. Ten Israelis were killed during the same period, every one of them from an attack by Arab terrorists.

On September 24, the Israeli government opened a new chapter in its relationship with security forces in the field. The rules of engagement for Israeli police and border guards were changed. It was a process, it involved a steady rise in Arab stone throwing and stabbing attempts, as well as sporadic shots at Israeli drivers passing through Judea and Samaria, but after a little less than a month, the rules of engagement were finally changed.

On a Thursday night, the Netanyahu Security Cabinet approved unanimously a series of decisions to assist in the fight against stone, Molotov cocktail and fireworks throwers in eastern Jerusalem and elsewhere. The Cabinet decided, among other things, that police officers would be “allowed to open fire when faced with a threat to the life of any individual.” In addition, Public Security Minister Gilad Erdan accepted the police argument that it is impossible to tell if the stone throwers are minors or adults, and insisted on removing the clause stating that the rules of engagement apply only to adults. It meant that police were given a green light to shoot minors who throw stones or Molotov cocktails.

The change was major not only because of the obvious understanding the cabinet was showing, of the difficulties being faced by its security men and women on the ground. It also, shortly thereafter, delivered the message to the same officer on the ground that the Netanyahu government is finally ready to protect them against the Attorney General apparatus which in the past was inclined to limit their range of responses when carrying out their assignments against violent Arab mobs.

The AG put up a fierce fight against both ideas: that police be allowed to shoot at rioters even if they don’t pose a direct threat to the policeman but are endangering the lives of others; and the allowance for cops to shoot at anyone posing such a threat, without having to verify his or her age. There were intense debates between the AG staff and police over these new rules, and, eventually, Netanyahu came down on the side of police and, with that, changed everything. His decision also carried a message to the AG and his office, that while they are appointed civil servants, and must support him, the elected executive who ultimately makes those decisions.

The new atmosphere that followed matched the changes in the IDF command’s approach to its own set of rules of engagement. Back in mid-August, OC Central Command Chief Col. Roni Numa revised the rules of engagement in Judea and Samaria during riots and terrorist attacks, to require that if the attacking terrorist does not endanger the security forces, and, having carried out his attack is now running away from them, firing should be in the air and not at the terrorist’s body. The purpose of the change was to “avoid escalating the tense situation in Judea and Samaria and to avoid raising the number of Palestinians being killed.”

The revision came in response to criticism of the IDF and security forces for indiscriminate shooting of innocent people, or unarmed terrorists, heard time and again from the Palestinians and from human rights groups. A report released by the Breaking the Silence NGO, allegedly based on soldiers’ testimonies from Operation Protective Edge, argued, for example, that there were “indiscriminate firing policies, and an extensive moral lapse in the IDF operation policy, reaching from the top command down.”

The IDF’s approach to the rules of engagement was also changed shortly thereafter, when it was discovered that the softer methods did nothing to quell Arab violence, quite the opposite, it encouraged a steep rise in Arab acts of terrorism.

This new Israeli approach to protecting the lives of the security forces has not gone without outside condemnation. The UN High Commissioner for Human Rights, Zeid Raad al-Hussein, said: “The high number of casualties, in particular those resulting from the use of live ammunition by Israeli security forces, raise concerns of excessive use of force, and violations of the right to life and security of the person.”

Amnesty International said only last week that Israeli forces “ripped up the rulebook and resorted to extreme and unlawful measures.”

Palestinian, Israeli and international rights groups have been claiming that in the majority of cases, Israeli forces needlessly killed their attackers, who posed no imminent threat. Israeli NGO B’Tselem called it “extrajudicial executions.”

As was the case during the 2014 Gaza war, the extreme left is angriest when Israel turns its disproportionate might against its enemies. It should be noted that even if human rights advocates were correct, and every single Arab who rushed an Israeli policeman or soldier with a knife didn’t pose a real threat (which is debatable) — in most Western democracies such an attack would result in the killing of the perpetrator. Likewise with a civilian who would light up a Molotov cocktail and throw it at a patrol car —that individual would likely be signing his or her death warrant, regardless of whether or not the firebomb managed to blow up its target.

The wave of terror continues as November rolls in, with fresh riots leaving more Arab youths injured this past Sunday. Interestingly, a report by the Gaza Health Ministry of a shooting of two Arabs by Israeli forces in the central Gaza Strip acknowledges that both Palestinians were hit in their lower extremities, following which they were taken in moderate condition to Shuhada al-Aqsa Hospital. A simple analysis of the news report belies the extreme left’s claims of “extrajudicial executions.” If an enemy soldier wants to execute you, he probably won’t aim at your legs. 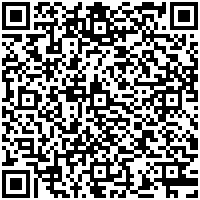