Officials in Alberta, Canada have ordered the mandatory evacuation of the entire city of Fort McMurray as an uncontrolled wildfire burns in the heart of the country’s oil sands region.

A pic of what trying to leave Fort McMurray looks like right now pic.twitter.com/ESE7bzPkx1— chester (@ccccrystal__) May 4, 2016

Some 80,000 city residents are affected by the order. Firefighters have appealed for assistance from other provinces to help airlift people from the city and fight the blaze, first seen on May 1.

The 2,650-hectare wildfire has shifted with the wind to close off the main southern exit from the city, forcing residents to head north towards the oil sands camps, Reuters reported.

Fort McMurray is located about six hundred miles north of the Montana border. Its surrounding area contains oil deposits more extensive than those of Saudi Arabia.

The city is also home to one of Canada’s fastest-growing Muslim communities, one that is moderate and led by Abdurrahmann Murad, a young “unity-inspiring” imam with a large online following.

Last year a new $50 million, 150,000-square-foot Islamic center project was launched there. The complex included a mosque with several prayer halls, K-12 school, recreation center and a swimming pool, as well as a playground and 475 parking spots.

Administrators of the mosque were quick to tell The Globe and Mail at the time that no foreign money had yet been donated. They also said they would never let any donor shape their doctrine. “We don’t accept any conditions. Even if it takes 1,000 years to build it, let it be,” said Abdulsalam Abdo, president of the mosque. “We don’t want to take orders from somewhere else.” 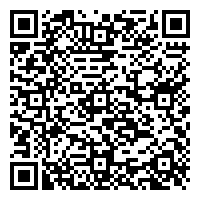