It is not hard to imagine why a religion that promises to forgive all previous sins upon conversion would be attractive to someone sitting in a prison cell with no hope for release any time in the foreseeable future. And perhaps that is why former football great but convicted felon O.J. Simpson is converting to Islam.

Simpson has been imprisoned in Nevada for the past six years. He’s there because he was convicted of armed robbery of a Las Vegas hotel and casino during which sports memorabilia was taken from the Palace Station hotel. He received a 33-year sentence for the robbery and a kidnapping conviction.


The 67-year-old former darling of the sports and entertainment worlds lived a glamorous California life as a sportscaster and all-purpose celebrity. That ended abruptly when his ex-wife, Nicole Brown Simpson, and her friend, Ron Goldman, were found stabbed to death in 1994. Although acquitted of the murder charges by dint of an incredible stable of legal talent, a many Americans believed Simpson was guilty of the two murders.

Just two years after his 1995 acquittals, Simpson was slapped with a multi-million dollar civil judgment for his ex-wife’s and Goldman’s wrongful deaths.

Simpson never recovered from a world that turned against him, and after his efforts to obtain a new trial on his armed robbery convictions were rebuffed, he has apparently decided to cope with many years behind bars by becoming a Muslim.

On a day in which an Islamist terrorist group again beheaded a western journalist, the conversion to Islam by someone who was charged with the murder of his ex-wife – who was nearly decapitated – is a gruesome coincidence. 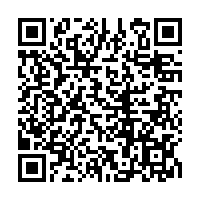