On Saturday, Israel’s Bedouin community declared a “Day of Rage” to protest the government’s intent to hand over to them only part of the Negev, based on the Government’s Prawer-Begin plan, which takes back some land from squatters.

The main rallies took place in Haifa, where hundreds of hooligans blocked traffic, burned tires and threw rocks at police. They injured at least ten police, including the chief of the Coast District and the spokesperson for the Negev District. Police responded with shock grenades and with quite brutal crowd control measures.

There was another Arab demonstration outside the Shchem gate in East Jerusalem. Dozens of Arabs threw rocks on police there as well.

The signs being carried in those rallies threatened that should the Bedouins not receive better than half the Negev, they’d start a third Intifada.

It’s what they do.

The Prawer Commission, chaired by Ehud Prawer, Benjamin Netanyahu’s director of planning, found, back in 2011, that an estimated 50% of unrecognized Bedouin villages were built within Jewish planning areas. It recommended that the inhabitants of these villages, some 30,000 Bedouin invaders, entering Israel illegally from the vast Arabian deserts over the past six decades—about 40% of the total unrecognized Bedouin population—should be relocated to the seven existing government built Bedouin townships.

The commission proposed compensation payments to the evacuees, between $1.7 billion and $2.4 billion, including $365 million for expanding the approved townships. The compensation would be reduced to zero over a period of five years and if agreement had not been reached the land would be considered forfeited.

Then, in January, 2013, Israel’s government approved the recommendations of then Minister without portfolio Benny Begin, backed by AG Yehuda Weinstein, to change the program.

Benny Begin’s “stinking maneuver” not only confirmed through legal registration what has been essentially an illegal land grab of many thousands of acres by the Bedouins over several decades, but also promised them many new settlements to boot.

Benjamin Netanyahu’s Likud-Beitenu was so committed to this move, that they forced Jewish Home, their National Religious partner, to approve in the coalition agreement item 51 which reads: Both sides will promote the “Law regulating Bedouin settlement, 5772-2012,” should a Jewish Home minister be a member of a ministerial committee to implement said law.

Please don’t forget, it’s a crucial detail: Both Netanyahu and Avigdor Lieberman supported the Benny Begin plan that gave more than half the Negev to Bedouin invaders.

But Jewish Home and Yesh Atid, together with most of the rank and file coalition members, managed to introduce significant changes to the Begin plan, after it had already been approved by the transitional government after the election. The change, essentially, eliminated the Begin plan in favor of the original 2011 plan, which was approved a much less generous land giveaway to the Negev Bedouin.

MK Ahmed Tibi said the Prawer plan is tragic, since it removes civilians from their land.

By civilians Tibi means Arab civilians, because he had no problem at all approving the forcible removal of thousands of Jewish civilians from Gaza and from Samaria.

Tibi also made sure the press understood he was not behind the violent clashes with police, since, as he put it, “we object to violence, but we are in favor of rage.”

It’s that kind of subtlety that we need more of in mass public demonstrations.

The Jewish Left is united in calling on the government to reward the violent demonstrators by freezing the Prawer plan.

And Avigdor Lieberman, who initially approved the Begin land grab, now compared the confrontation with the Bedouins the historic Jewish reclamation of land in Zion over the past century and a half. 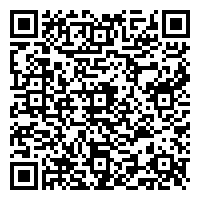