Early Thursday evening (Jan. 8, 2015) local sources reported an Arab terrorist stabbed a Jewish rabbical student near the Damascus Gate at the entrance to the Old City of Jerusalem.

The victim, a Chassidic 25-year-old U.S. citizen, was treated on the scene by medics from the United Hatzalah emergency response service before being taken to Sha’are Tzedek Medical Center in Jerusalem.. Doctors say he is in serious but stable condition.


A medic told Israel’s Army Radio the victim was “fully conscious” when the ambulance arrived, and remained conscious throughout, adding that it appeared he had been on his way to pray at the Western Wall (Kotel) when he was attacked.

Police have thrown a dragnet around the city and are searching for the terrorist.

The site is a popular location often used by tourists and locals to enter the Old City.

People come there to buy trinkets and household goods, bargaining over the prices in the alley leading the entrance with Arab business owners. Both sides benefit from the exchange, which is a tradition that dates back centuries.

During terror-ridden “intifada” periods, however, when Israel is plagued by violent attacks on its citizens by Arab terrorists, the Old City market is generally empty. The ancient stones on the streets and alleys echo with the footsteps of the Jewish, Arab and Christian residents who live there, and the merchants suffer economic hardship.

Others who live in the Muslim Quarter deeper into the Old City, however, often stand in the doorways glaring at Jews passing by on their way to pray at the Western Wall, their eyes filled with hate. 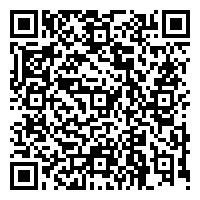