(JNi.media) There was another attack Sunday evening, as an Arab Terrorist stabbed four people at a bus stop on Route 65 near Hadera. A 19-year-old woman was seriously injured, a young man of about 20 and a girl of 15 sustained medium wounds and a man of about 45 sustained minor injuries. The wounded were taken to Hillel-Yaffe hospital. The perpetrator was caught but security forces continue to comb the area; the highway has been blocked, resulting in a heavy traffic congestion.

According to Ma’an, Israeli forces shot and killed a 13-year-old boy during clashes south of Ramallah. His death brings the total number of Palestinians killed to 24 since the beginning of October.

The security cabinet held another discussion Sunday evening, weighing measures against the northern branch of the Islamic Movement in Israel, which, according to security officials, is leading the incitement to violence. Prime Minister Netanyahu instructed the prosecution to gather in the next few days the needed evidence required to outlaw hate fomenting elements in the Israeli Arab society. Discussions of this matter will continue in days to come.

MKs of the Joint Arab List and members of the Israeli Arab Monitoring Committee plan to arrive at Al-Aqsa Mosque on Temple Mount on Wednesday. The MKs had canceled their Sunday visit to the compound, which had earlier been planned for last Friday and postponed. Canceling the visit was seen as an attempt to defuse tensions.

The Supreme Monitoring Committee of the Arabs in Israel, in consultation with members of the Joint List, have declared a general commercial strike in the Arab sector on Tuesday. The Monitoring Committee has decided to intensify the struggle, in light of what it called “recent events at Al-Aqsa and government policies in the West Bank,” including “alleged incitement of government ministers against the Arab in Israel.”

The Arab League will convene an emergency meeting in Cairo on Tuesday, at the request of the Palestinian Authority. Israel Radio reported that representatives at the meeting will discuss measures the League must take in light of Israel’s actions in Jerusalem and Al-Aqsa Mosque.

Leader of the Opposition MK Isaac Herzog said that the Prime Minister has lost control of the situation. Herzog told Israel radio that “Netanyahu has utterly failed in providing personal security to the citizens, and he should resign.” 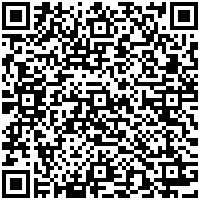