This story should be tagged under Soon to Be a Major Motion Picture: a policeman who lives near the area where the shooting attack took place Wednesday night let one of the terrorists into his home and gave him water, unaware of his identity.

The encounter took place while the terror event was still in full swing, as both cousin terrorists from the Yatta Village near Hebron in Judea were trying to flee the scene. One of them, who had already dumped his empty Carl Gustav submachine gun and was unarmed, ran with a group of fleeing civilians who had no clue about his identity—to remind you, both killers were dressed up in evening suits. As he was running, the terrorist reached an apartment building with a group of residents hanging out near the entrance and asked them for some water. The policeman, who lives in the building, took him upstairs, sat him down, gave him a glass of water and went outside to join the manhunt — leaving the terrorist with his wife and other family members.


The policeman ran outside and joined the chase, when shortly thereafter he came upon the other terrorist, who had been neutralized and lying on the ground. Only then, when he saw the killer dressed in the same impeccable suit as the swarthy man he had left at home, did it dawn on him that his family was now playing host to a deadly terrorist.

According to the policeman’s testimony, he ran home very fast, taking along a few fellow policemen. Opening his apartment door, he realized to his relief that all was still well — the terrorist was unarmed and probably did not want to risk an attack on the family, so he remained seated quietly next to his glass of water. The policeman quickly overtook him and sent out word to the rest of the force.

At that point, one of the cops who had come into the apartment with his gun drawn behind the first policeman returned the weapon to its holster and let out a bullet which ricocheted and lightly injured the hero of our story.

The other terrorist was shot and neutralized near the Tel Aviv Cinematheque by a security guard employed by the Sarona mall. A consummate professional, the guard heard the shots, identified the suspect and hit him while the latter was running. With his cool response the security guard prevented a second bloodbath.

“I reached the source of the shooting with my weapon drawn and cocked and began scanning,” the security guard described the event to Channel 2 News. “I identified the terrorist as he was starting to flee and I hunted him… He didn’t stand a chance, I hunted him the way you hunt a rabbit… It’s what I’m paid for.” 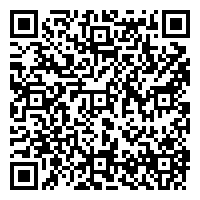