The lion and the lamb are at peace with each other in the Knesset, at least for a day.

Hareidi Knesset Member Yaakov Litzman took the pledge of allegiance to the government Wednesday and became the first Ashkenazi Hareidi minister since the days of the Ben-Gurion government.

He said at the swearing-in ceremony:

“I, Yaakov Litzman, pledge…to be faithful to the government of Israel and to its laws.”

Unlike the Shas Hareidi party, Yehadut HaTorah (United Torah Judaism) has refrained from allowing its Knesset Members to become a full-fledged Cabinet minister, which would obligate them to government decisions.

Until today, the prohibition was carried out with a wink and a nod by virtue of simply allowing a UTJ MK to hold the position of “Deputy Minister” without being subordinate to a minister. In Litzman’s case, he has been “Deputy Health Minister” but a de facto minister, reporting to no one but himself and without being a member of the Cabinet.

The High Court put an end to the practice by agreeing with a complaint that there cannot be a “de facto minister.”

Torah sages last week met and agreed to allow Litzman to become a full-fledged member of the Cabinet. Today’s swearing-in ceremony was applauded by most of the opposition, including Merav Michaeli, one of the most leftist and secular members of the Zionist Camp party headed by Yitzchak Herzog.

The party, the result of a merger of the Labor party and the faction that was headed by Tzipi Livni, was part of the overwhelming majority in the 83-10 vote in favor of the appointment of Litzman.

Yisrael Beiteinu, headed Avigdor Lieberman, voted against the appointment, as did Meretz, which added that it had nothing personal against the Hareidi MK. 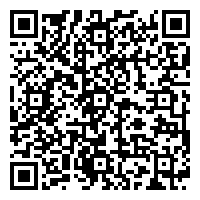