Last month we focused on Rav Chaim Avraham Dov Ber Levine Hakohen (1859/1860-1938), known as the Malach (angel). The Malach had one son, Rifael Zalman (1900-1992), who was born in Ilya, a small town located on the outskirts of Vilna. Reb Zalman was a child prodigy and trained by his father in Torah and memory development based on the Maharal’s approach to education, which emphasized mastery of basics before moving on to advanced study.

Prior to his study of Gemara, Reb Zalman was required by his father to complete the study of all of Mishnayos. Even after his son achieved recognition as an accomplished scholar who had mastered Gemara and halacha, the Malach continued to emphasize to him the need to continuously update the integration of basics into advanced study.


At an early age the Malach helped develop his son’s memory by asking him several times a day to take five minutes to remember in detail everything that had transpired since the last five-minute period. Once he began to read, he was asked to picture the pages he had read and to recall them from memory. These exercises led to Reb Zalman’s possessing an extraordinary memory.

Later Reb Zalman studied under some of the Torah greats of his time, mastering the entire body of Torah and halacha. Rav Eliezer Rabinowitz, known as the Gadol of Minsk, said Reb Zalman had “greatly worked and toiled” in Torah during his youth. Rav Rifoel Shapiro, son-in-law of the Netziv and a rosh yeshiva of Volozhin, wrote that the young Reb Zalman was “filled with Gemara and poskim.” He received semicha from a number of prominent rabbonim – including, in 1918, Rav Chaim Soloveichik, three months before Rav Chaim passed away.

From 1919 until his departure for America in 1923 Reb Zalman was a student of Rav Baruch Ber Leibowitz. Reb Baruch Ber was one of the foremost students of Rav Chaim Soloveichik, and thus had mastered Rav Chaim’s deeply analytical approach to the study of Gemara. This approach was transmitted to Reb Zalman by Reb Baruch Ber, whom Reb Zalman considered his rav hamuvhak. His rebbi likewise thought highly of Reb Zalman.

In 1923 Reb Zalman, together with his father and a sister, immigrated to America (his mother had passed away a year and a half earlier). In 1929 Reb Zalman married the daughter of Rabbi Avraham Yaacov HaLevi Horowitz, the Rav of Albany. He remained in Albany for the rest of his life. His father suspected that living in Albany was just far enough away from his own residence in the Bronx to permit his fiercely independent son to live a “worldly” life.

When Reb Baruch Ber came to America in1929, he spent ten days in Albany visiting Reb Zalman. The two Torah giants spent hours discussing a variety of Torah topics, some of which went well beyond subjects normally dealt with in Lithuanian yeshivas.

Reb Zalman developed relationships with a number of North American gedolim. Beginning in the late 1930s he consulted primarily by telephone with Rav Moshe Feinstein. However, sometime in the early 1950s Reb Zalman went to visit Reb Moshe, who asked him about a recent chaleitza in Albany about which he’d received a phone call. The person who called from Albany did not identify himself and Reb Moshe naturally assumed he was Reb Zalman. Reb Zalman told Reb Moshe he knew nothing about the matter. After that incident Reb Zalman would deal with Reb Moshe only in person.

After Reb Zalman’s wife, Fannie, passed away in 1973, he began to accept invitations from some of his friends in Albany for Yom Tov meals. Later he started spending Yom Tov with relatives who did not live in Albany and with some Malachim who were original followers of his father. Finally, he began to spend some Yomim Tovim at kosher hotels that catered to a strictly Orthodox clientele. At one of these he met Rav Pinchas Hirschprung, the Rav of Montreal. Rav Hirschprung was a brilliant talmid chacham endowed with an eidetic memory that enabled him to memorize hundreds of volumes of rabbinic literature verbatim. He and Reb Zalman were kindred spirits and became close friends. 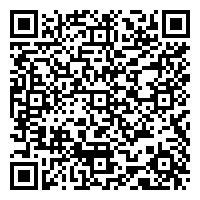