An Israeli public bus, several civilian vehicles and a number of military vehicles sustained damage Sunday night after being pelted with rocks by Palestinian Authority Arab terrorists on Route 45.

The attacks took place near Highway 443 – the old Tel Aviv-Jerusalem Highway – about 200 meters past the Ofer checkpoint, in the direction of traveling towards Jerusalem.


Windows were smashed on the bus, as well as on some of the civilian and military vehicles. Even a garbage truck was damaged.

None of the passengers were physically injured, however.

“Utter chaos and anarchy; that’s the only way to describe the Israeli government’s management of the security of its citizens on Israeli roads. It’s a disgrace,” one motorist told the Hebrew-language 0404 website. 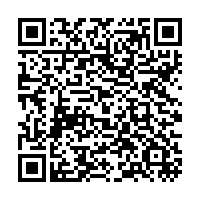