WASHINGTON (JTA) — History will remember former British Prime Minister Margaret Thatcher for relentlessly facing down communism and helping to turn back more than three decades of socialist advance in her country.

But it was Thatcher’s embrace of British Jews and insistent promotion of Jews in her Conservative Party that inspired an outpouring of tributes from Jewish and Israeli leaders following her death Monday at 87.


Thatcher, who suffered from dementia in her later years, died peacefully after suffering a stroke, her spokesperson said.

Thatcher’s tenure as prime minister, from 1979 to 1990, helped thrust Britain back onto the international stage following its post-World War II years of end-of-empire angst and political turmoil.

For the country’s Jews, however, the naming of at least five of their number to Cabinet positions and her determined pushback against anti-Jewish grumbling among the Conservative Party’s backbenchers made what once was laughable imaginable: the possibility of a Jewish prime minister.

“Lady Thatcher was always extremely supportive and admiring of the ethos of the British Jewish community,” Vivian Wineman, the president of the Board of Deputies of British Jews, told JTA.

Wineman said the mutual admiration was rooted in personal history. In the 1930s, Thatcher’s family took in an Austrian Jewish refugee. In 1959, Thatcher was elected to Parliament representing Finchley, a north London constituency with a large Jewish population.

“She counted a number of Jews among her closest advisers and confidants, and at one point nearly a quarter of her Cabinet were of Jewish origins,” Wineman said.

Moshe Maor, a Hebrew University political science professor whose expertise is Britain, said Thatcher admired the British Jewish community’s self-reliance, an ethos she embraced as she dedicated herself to weaning Britons off public assistance.

“Thatcher admired hard work, and the Jewish community was not dependent on the state,” Maor said. “It was structured in such a way that Jews help others in their community. That was the culture Thatcher tried to advance.”

It was one also embraced by Britain’s late chief rabbi, Immanuel Jakobovits, whom Thatcher elevated to the House of Lords. Frustrated by protests among Christian leaders of the rapid pace of her economic reforms, she increasingly turned for spiritual reinforcement to Jakobovits, who became widely known as “Thatcher’s rabbi.”

Thatcher’s rule coincided with social changes among the country’s 350,000 Jews. Once proudly working class, British Jews by the 1980s had become increasingly middle class, more likely to be self-employed and alarmed at the leftward lurch of the leadership in the Labor Party.

“She got on quite well with Jews,” Wineman said. “She said once that she thought she probably had more constituents in Tel Aviv than in Finchley.”

Thatcher never hesitated to advance the careers of talented young Jews in her party — among them Leon Brittan, a secretary of trade; Nigel Lawson, a chancellor of the exchequer; Edwina Currie, a health minister; Malcolm Rifkind, a secretary of state for Scotland; and Michael Howard, a secretary of employment.

Rifkind went on to become foreign minister. Howard became home secretary and then opposition leader, burying forever the notion that a British leader had to come from the country’s official faith, Anglicanism.

Thatcher’s embrace of the Jewish community did not make its romance with the Tories a permanent one. Tony Blair’s purges of the Labor left after his 1997 election helped draw back some Jewish voters. But Howard’s precedent helped set the stage for ascension of the current leader of the Labor Party, Ed Miliband, the son of Polish Jewish immigrants.

Thatcher also earned kudos for her robust foreign policy and maintaining strong ties with Israel at a time of tension between the Jewish state and other European nations.

“She was truly a great leader, a woman of principle, of determination, of conviction, of strength; a woman of greatness,” Israeli Prime Minister Benjamin Netanyahu said in a statement Monday. “She was a staunch friend of Israel and the Jewish people. She inspired a generation of political leaders.”

Thatcher restored the notion of Britain shining everywhere the sun rose when she launched a war in 1982 to keep Argentina from claiming the Falkland Islands. The war won — and the days of Argentina’s autocracy of the generals numbered — Thatcher was ready to take on the mantle of Iron Lady vs. Iron Curtain. She became President Ronald Reagan’s indispensable partner in squeezing the life out of Soviet hegemony. 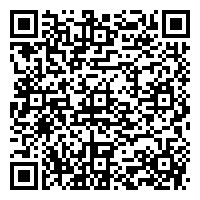