An IDF soldier who is one of the victims shot in an attack last week by a Palestinian Authority terrorist at the Givat Assaf junction is still fighting for his life.

Hospital spokesperson Hadar Elbaum says the soldier remains in the Intensive Care Unit at Hadassah Ein Kerem Medical Center in Jerusalem, where he is being maintained on a respirator and in a medically-induced coma. “His condition is “very serious,” Elbaum said in a statement on Sunday evening. “His life is still in danger.”

A second IDF soldier who was seriously wounded in an attack on the outskirts of the Jewish community of Beit El is reported to be in fair condition. “He is fully conscious at the point,” Elbaum said, “and is slowly recovering. He will still need to undergo a few more medical procedures.”

A third victim, an Israeli Border Guard Police officer who was wounded in a terror attack at the Damascus Gate entrance to the Old City of Jerusalem, is being treated in the orthopedic department at Hadassah Medical Center’s Mount Scopus campus, also in Jerusalem. “This soldier is in good condition,” Elbaum said.

The Iranian-backed Hamas terrorist organization is behind the latest escalation in terror attacks, according to the IDF. The terror group’s international politburo leader Ismail Haniyeh acknowledged the truth of the statement: “I will also respond to the Zionists who are saying what is happening in the West Bank is based on directives and arrangements from Gaza,” he said in a speech he delivered at a rally in Gaza Square to mark the group’s 31st anniversary of its founding. “This is an accusation we do not deny . . . because it is a source of pride reigning over all of us.” 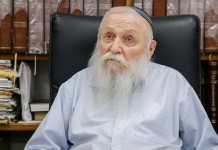 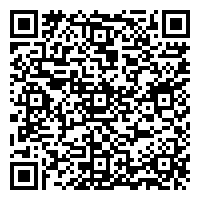