In another sign of the slowdown in the hi-tech sector, Amazon Web Services (AWS) has frozen hiring, according to a report by the New York Post.

A spokesperson for AWS told the news outlet, “In some areas of AWS we have met our hiring needs, and in others we have thousands of job openings.

“Across Amazon, our many different businesses are at various stages of evolution and we expect to keep adjusting our hiring strategies in each of these businesses at various junctures,” the spokesperson said.

Nevertheless, the highly profitable department recently told some prospective employees their targeted positions have been frozen.

Earlier this month, Amazon had announced a freeze on new corporate hires for its retail and logistics operations, but had said its web services division would not be affected.

Amazon founder Jeff Bezos recently warned in a report, “the probabilities in this economy tell you to batten down the hatches,” predicting the onset of a recession.

Last week, Microsoft laid off some 1,000 employees; other tech firms, including Peloton, made similar moves.

In addition, Microsoft, Google and Meta (Facebook) have all recently slowed or froze hiring in anticipation of a likely recession.

Tens of thousands of hi-tech employees in the United States have been laid off this year.

In Israel, there was a 38.5 percent drop in capital raised this quarter in the sector, as compared to the previous quarter, according to the Calcalist financial news outlet.

Many Israeli hi-tech firms, and global firms with Israeli offices, have already cut budgets for non-essential items; but now they are looking at layoffs.

The OrCam firm has laid off 62 employees; Antidote plans to lay off 20 employees – a significant percentage of its Israeli operations. 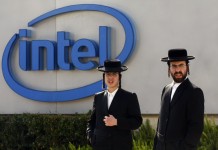 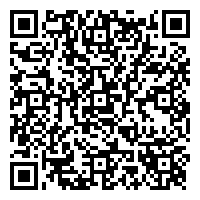