Prime Minister Benjamin Netanyahu called for direct prime ministerial elections in Israel on Saturday night as a way to avoid having to send Israelis to a third round of national elections that would require the dissolution of the Knesset and a complete new campaign for every lawmaker.

“If the Blue and White party does not and will not agree to a national unity government, we must go to the citizens of Israel and let them make a direct choice for prime minister, Netanyahu and Gantz,” he said.

“There is one more thing that can be done to prevent an unnecessary third round of national elections,” Netanyahu said: “That is, to choose a direct election for a prime minister between Benny Gantz and me.

“In Blue and White, you always say that you know what the people want. So I say a simple thing: Let the people decide. 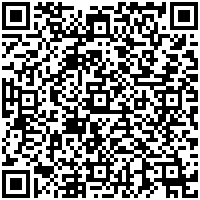